Frank Tobias has created a lot of Sony Xperia concepts, so a new one is always welcome. Today we greet the arrival of the Sony Xperia Bravia handset, pictured below and created by the same designer. This is a flagship model that may remind you of the Yuga smartphone, rumored to be in the making by Sony. 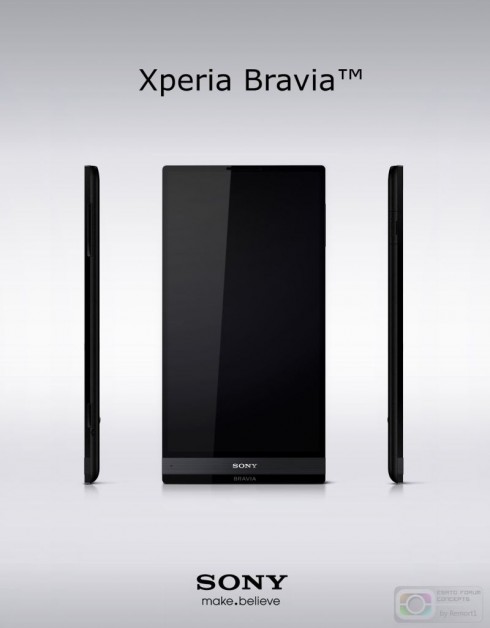 Frank Tobias didn’t mention any specs, so we can speculate freely on this device. As you can see, it’s extremely thin, so it’s probably around 7 or 8 mm in thickness and it weighs around 100 grams, maybe less than the 112 grams of the iPhone 5. It should pack a quad core Snapdragon S4 Pro CPU or maybe Samsung will lend its Exynos powerhouse. 2GB of RAM should be here, as well as a 12 megapixel camera, but an improved one, since the camera on Xperia S was a bit of a disappointment.

I dig the lower metal part of this Xperia phone and I have a feeling that it has something to do with Bravia TV design. To me it also feels a bit like the design is inspired by the Microsoft Surface tablet. I wouldn’t mind seeing some magnesium shell on a phone for once. So, what do you think about this Xperia flagship, that I guess is supposed to conquer the market in 2013?

[via Esato and Frank Tobias]