Sony Xperia Plus Mockup, by Ben Ling, an Atypical Device

Taking a break from all those Xperia bigshots, today we present you with the Sony Xperia Plus, the creation of Ben Ling. This is a 3.7 inch handset with a TFT shatter proof and scratch resistant screen, that supports a 480 x 854 pixel resolution and packs a 12 megapixel camera with LED flash. 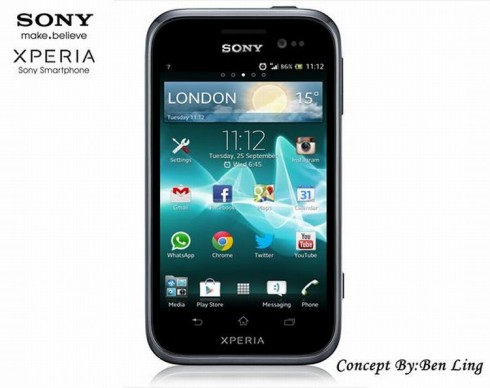 Its design reminds me of a smaller and cheaper Sony handset, an Xperia Mini, but there’s more to it than meets the eye. The device’s camera features an Exmor RS sensor, with 16x digital zoom and Full HD video recording. There’s also a front 1.3 megapixel camera with 720p capture and a dual core 1 GHz Krait CPU inside the phone. The processor is a Snapdragon S4 one, with Adreno 225 GPU and you should also know that the Sony Xperia Plus measures 10.5 mm in thickness and weighs 101 grams.

It sports 768 MB of RAM, NFC, Android 4.0.4 and promises to upgrade to Android 4.1 Jelly Bean. Ben Ling also added 8 GB of storage, Sony Mobile Bravia Engine 3, Sony White Magic tech, xLOUD and a 1750 mAh battery. Finally, we get a multitouch experience with up to 4 fingers and a microSD card slot too. Fancy this model? It’s just an Xperia concept, remember that!

About Thrystan
Nokia Lumia 940 Concept is Made Entirely of Carbon   Sony Xperia Nexus by Killu Chan, a New 5.5 Inch Phablet with 4 GB Of RAM