When I saw the back of the Sony Xperia PX concept I instantly thought about the Sony Tablet P for some reason, because of how rounded the lower part of that device was. This is yet another one of Ben Ling’s creations, a 4 inch TFT display handset with a 13 megapixel camera at the back and a pretty big screen resolution. 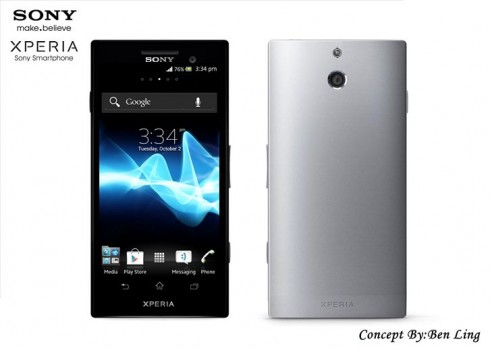 The handset weighs 106 grams and runs Android 4.0.4 with support for Jelly Bean updates. Other specs include a Li-Ion 1910 mAh battery, Bluetooth 4.0, a microSD card slot and multitouch with up to 10 fingers. As you can see, this model uses virtual Android keys and has a camera button, common traits for modern Android devices. The design at the front seems a bit similar to the one of the Xperia Ion and now that I think of it, the back is also pretty similar…