Sanjay Lal imagined a brand new Nintendo Tablet PC, although the new Wii U does seem to involve something pretty close to a tablet itself. The new Nintendo slate resembles a windshield, if you ask me and it seems to sit pretty comfortably in the user’s hand, in spite of the relatively tiny bezels. 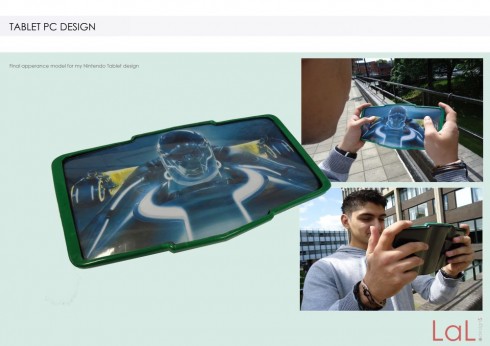 I noticed that the device is arched in both its sides at the back, in order to be held better, using the fingers to support that side. If I were to guess a diagonal here I’d say around 8 inches or so, a widescreen display included and maybe some Android in the mix, or even Nintendo’s brand new open source OS. The CPU would be the already famous quad core Snapdragon S4 Pro, this time at 1.8 GHz through an upgrade and we’d also get 2 GB of RAM and Full HD resolution on this baby, or maybe 1200p.

It’s strange that the Nintendo tablet doesn’t seem to feature a camera, not at the front and not in the back. Anyway I can imagine that there’s a special stand for the device and compatibility with other Nintendo accessories, like the Wiimotes. 64 GB of storage would also be welcome, plus a generous battery, somewhere around 10000 mAh. I’m only speculating here, since Sanjay Lal didn’t reveal anything about his project. What do you think? 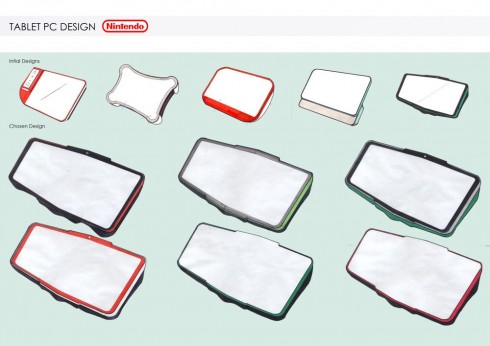