Sony Xperia S5 Comes With Dual Displays, OLED at the Front, E-Paper at the Back 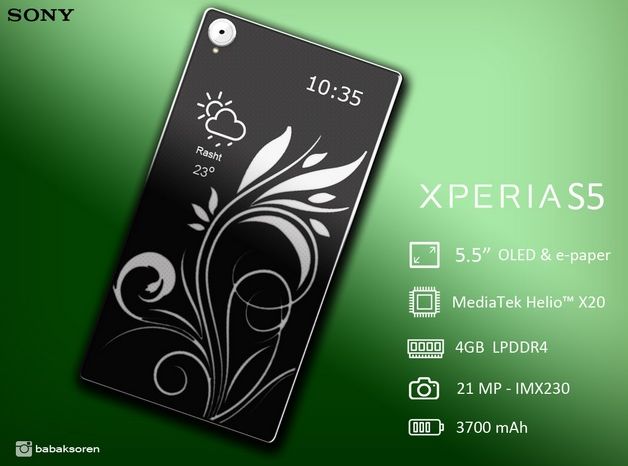 Designer Babak Soren doesn’t seem to be happy with the Sony Xperia Z5 lineup, so he went ahead and created his very own Sony Xperia S5. The device is pictured below, featuring some sort of tribal model, at least in its UI. 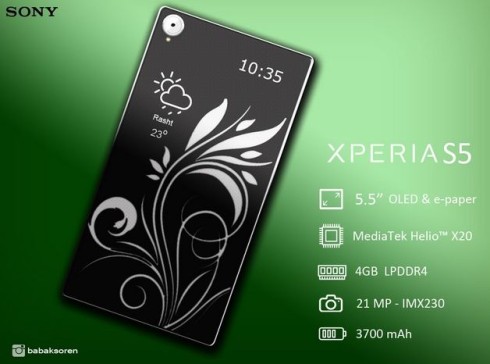 The handset makes use of a 5.5 inch OLED screen and also an e-paper one, so it’s a dual display setup, much like YotaPhone. The device brings a MediaTek Helio X20 processor, 4 GB of RAM and a 21 megapixel camera with IMX230 sensor. There’s a 3700 mAh battery inside and from what I can see a stylus has also been thrown in the mix. The back side features the e-paper screen, that’s meant to use as little power as possible. 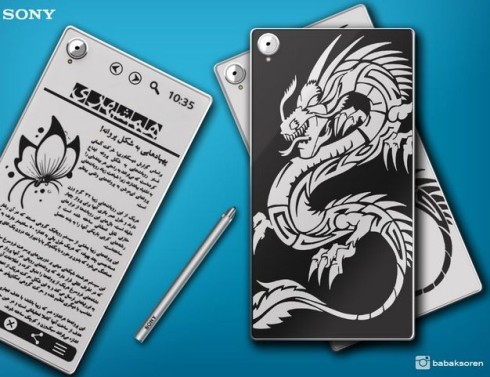 It’s true that Sony has been dabbling into e-paper for a while now, so this concept shouldn’t surprise anyone. Its back screen will probably save a lot of power, since that technology doesn’t need much juice. I don’t know how cost effective such a device would be, though. The format is pretty typical, rectangular with minimal bezels. 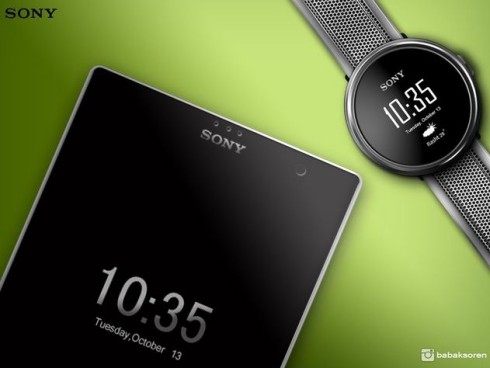 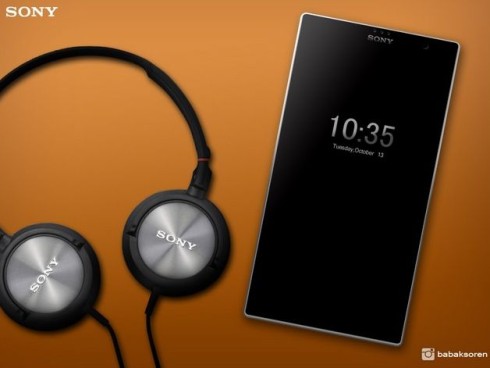 About Kelvin
Passionate about design, especially smartphones, gadgets and tablets. Blogging on this site since 2008 and discovering prototypes and trends before bigshot companies sometimes
Samsung Gear S4 Goes Transparent, Previewed by Jermaine Smit (Video)   5 Things That Are Wrong With the HTC One A9