If the original Sony Xperia Tipo isn’t enough, Ben Ling came up with a concept of an evolved version of this phone. Meet the Sony Xperia Tipo Advance, that’s shown in the picture below and comes with HD video recording, among others. I guess that this model should be affordable considering the specs… 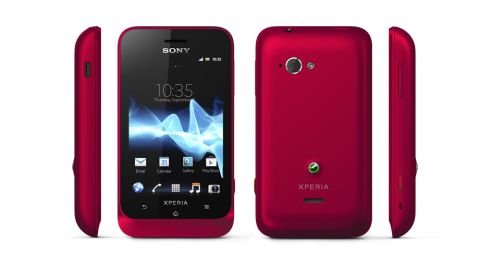 Once again, this is a mere design, not a real phone, but if I were to speculate I’d say it would cost between $200 and $300, with no contract. Anyway, Ben Ling imagined some specs for this Xperia concept as well. They include a 3.5 inch scratch resistant display, a 5 megapixel camera with LED flash and 16x digital zoom, plus 720p video recording. The phone measures 12.8mm in thickness, weighs 101 grams and uses a dual core 1 GHz processor, plus 512MB of RAM and Android 4.0.7 ICS.

It also has 5GB of internal storage, 281 ppi pixel density and xLOUD as audio technology. It’s a dust and waterproof phone and relies on the Sony Mobile BRAVIA Engine tech for crisp images. Finally, there’s a 1520 mAh battery on board, Bluetooth 3.0 and 4 finger multitouch. Would you buy this phone if it were real?