Sanjaya Kanishka has rendered a new version of the Sony Xperia Z4 and also created a comparison image of it and the Xperia Z3. This handset involves a feature called X-Ploid, a Sony speaker technology that increases bass and we also get optical image stabilization for the back camera. 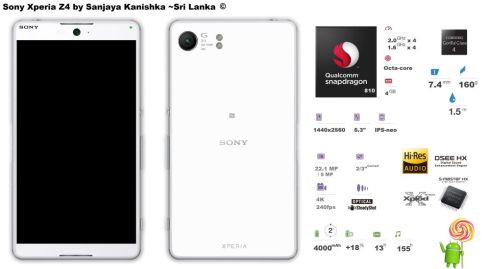 The device runs Android 5.0 Lollipop out of the box and the upgrades over the Xperia Z3 include the CPU (from Snapdragon 805 to Snapdragon 810) and RAM (from 3 GB to 4 GB). There’s 32 GB of ROM included, a 4000 mAh battery and a 5.3 inch Quad HD screen. The display has its bezels reduced from the predecessor, in order to keep the same horizontal width as the predecessor. 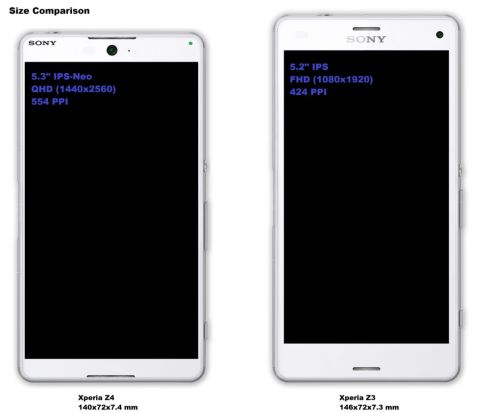 The new camera has a curved sensor, 240 FPS slow motion recording and back to the screen, it features Gorilla Glass 4 protection. The acoustics are totally upgraded, with stereo dual speakers included, the X Ploid system and S Master HX Walkman support. The camera has a 22.1 MP sensor, dual LED flash and as you can see, the Xperia Z4 is less long than the Xperia Z3, so it’s more compact. The general format hasn’t changed much, though…