It’s been a while since the last PSP phone concept, but the device below might as well be a candidate for that name, specially since it’s (supposedly) a Sony Ericsson handset. Meet The Street Hunter phone, designed by Remi Tod, who probably fancies chocolate bars as much as we do, since his device is based on components that look like such sweets. 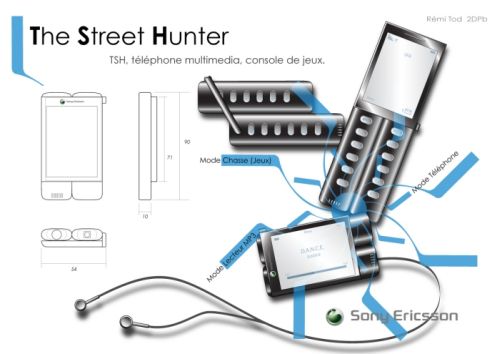 The “chocolate bars” include the phone’s keys and they’ll switch position as you pass from the phone mode, to gaming console mode or MP3 player mode. The audio player is probably the most convincing of the three, while the console really made me curios. Is this worthy of a PSP Phone branding? We think it is.