Someone Rendered the PlayStation 5 and it Finally Looks OK 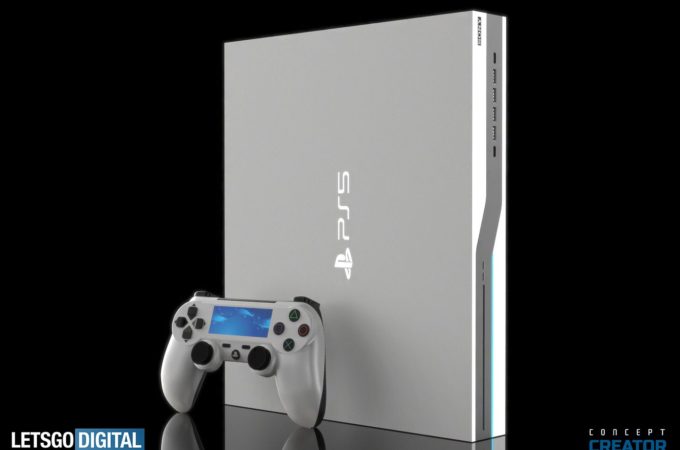 I must admit I’ve been less than excited when seeing the Sony PlayStation 5 design leaks, which made it seem like a spaceship of sorts. Sony always went with an angular approach and it would be weird to change it this time around. Letsgodigital paired up with Concept Creator for a brand new render of the console, which can be seen below.

Sony was expected to announce some details about the device in February 2020, but that never panned out. Now they’re playing the waiting game with Microsoft, that already unveiled both the design and some specs for its console. Sony is waiting for the price tag and release date. What’s pretty sure is that around Thanksgiving both products should be in stores. Sony did share some design traits of the DualShock 5 controller, but nothing more. Now let’s see the Concept Creator (Jermaine Smit) renders.

So, the device keeps its boxy aesthetics and its cool blue lighting. It’s perhaps even boxier now, feeling like an older Blu-ray player. It also has an interesting “knitted” texture and large vents, hopefully with minute grilles, in order for insects not to crawl through. If you remember, the PS4 drew a lot of bugs inside for some reason. There’s still a Blu-ray drive and there’s the promise of 4K 60 FPS gaming at 14 Teraflops. Some parts of the console feel like carbon fiber, but that’s just the texture.

The controller itself gets remade by Concept Creator, as a smoother accessory, with two shoulder buttons, what appears to be an USB-C port and a rather larger secondary screen. I for one would recommend padding the two thumbsticks with a material that won’t peel off, like it did in my case, after many nights of FIFA. Expect a SSD inside, a slew of ports, USB most of them, an AMD CPU, 24 GB of RAM or so and ray tracing. A $450 to $470 price is being thrown around these days.

On paper the PS5 Pro should come in 2 years, but recently we’ve heard it may drop with the PS5 this year. I feel that from all of these renders, the white/gray version looks best.

About Kelvin
Passionate about design, especially smartphones, gadgets and tablets. Blogging on this site since 2008 and discovering prototypes and trends before bigshot companies sometimes
Samsung Galaxy Note 20 Ultra Rendered Early, With S20 Ultra Camera, New Stylus   Motorola Edge Plus is Much More Than Meets the Eye