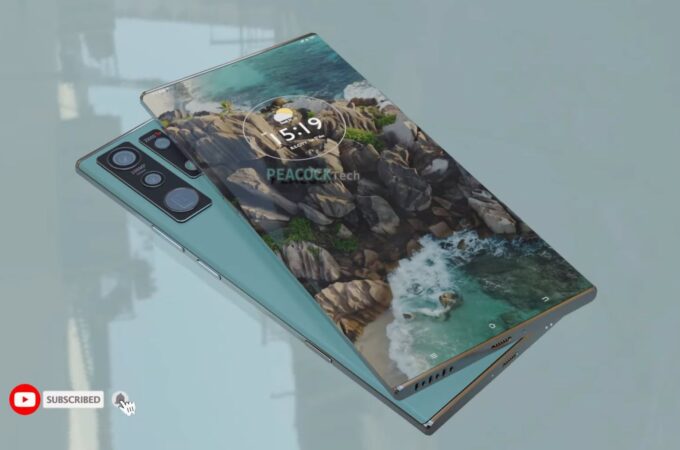 It’s been a while since the last Sony Xperia concept phone, but we’re back with a totally crazy one. It’s called Sony Xperia 11 Plus 2022 and it’s just been published by YouTube channel PEACOCK. I have to admit it, Sony Xperia 1 IV is being a bit of a letdown, so we need this piece of imaginative design to console us.

Sony Xperia 11 Plus 5G is 2023 material, with a Qualcomm Snapdragon 8 Gen 2 processor inside. It also has 12 GB of RAM and a strong GPU, perhaps a ray tracing enabled one, since that’s pretty trend right now. We do have the Exynos 2200 si MediaTek Dimensity 9000 with this ability after all. The device keeps the narrow and long format, perhaps not exactly 21:9 this time, since it ditches the “TV remote aesthetics” and becomes a bit wider.

It also gets a rather large 5500 mAh battery with fast charging, hopefully above 60W or so. It’s promoted by its designer not as much as a cameraphone, but rather a gaming phone. It’s also true that it has a very large screen with narrow bezels. Sony Xperia 11 Plus 2022 adopts a 6.8 inch 4K HDR OLED display with 120 Hz refresh rate. There’s no visible punch hole here, so the selfie camera is probably placed below the screen.

We also get a quad camera at the back with a 108 megapixel sensor, a bit of a record for Sony, who hasn’t yet graduated to such sensors. Sony is only making 48 MP, 50 MP, 54 MP and 64 MP sensors right now. We also get a periscope camera, Zeiss T* lens, an ultrawide camera and a secondary telephoto shooter. All of them topped off with Android 13, in a close to stock version. My only problem with this device is how slim it is… unrealistically so, I’d say.

About Kelvin
Passionate about design, especially smartphones, gadgets and tablets. Blogging on this site since 2008 and discovering prototypes and trends before bigshot companies sometimes
How mobile sports apps are approved in the states   iPhone 14 Pro Mini is a Phone We Haven’t Thought Of (Concept)