Among all the foldable phones, the Microsoft Andromeda and Samsung Galaxy X were the most popular ones. Now Sony also has one, Sony Xperia Flex, courtesy of the latest render from Techconfigurations. They just came up with a foldable phone that feels like a PlayStation 4 when folded. 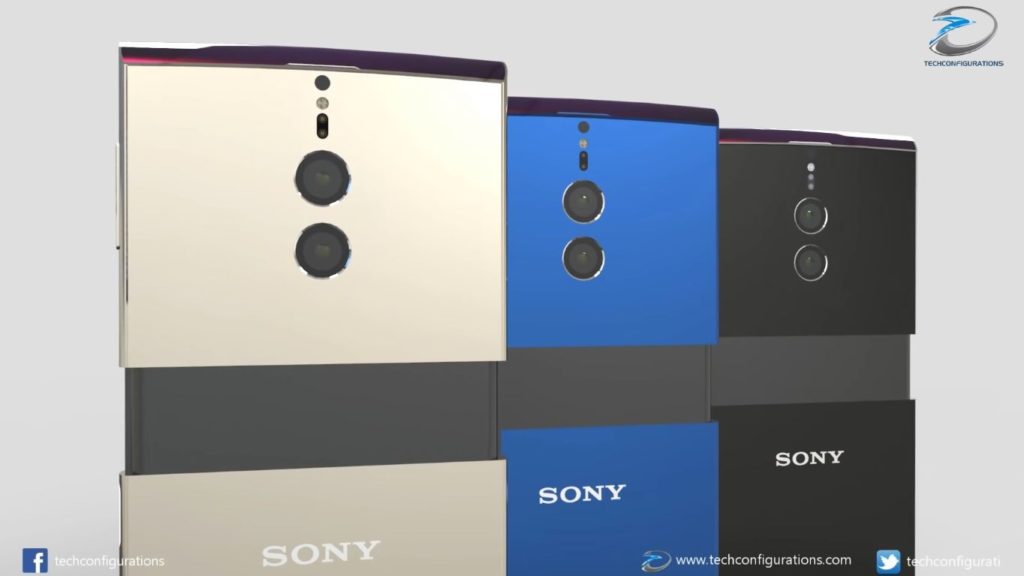 It does that both through angularity and the general format. Even the cutout in the middle is similar to the PS4 and the inclination of angles. As you can see, there’s a special cut space on the sides, that lets the device bend with ease. The designers opted for an approach closer to flip phone rather than anything else. The Sony Xperia Flex comes with a reflective premium stainless steel and glass case and the foldable joint is made out of a flexible polymer. 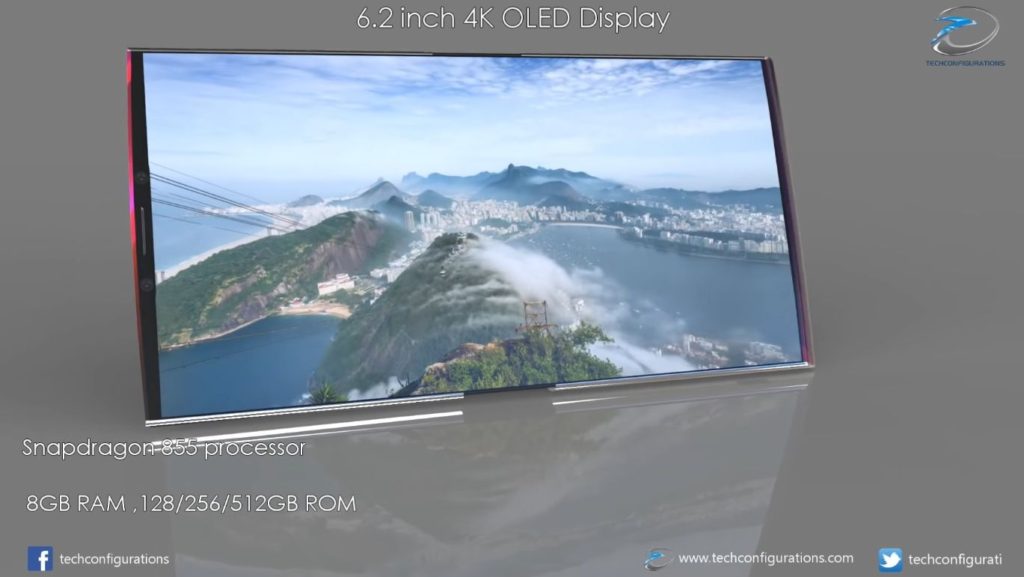 The screen adopts the dreaded notch and at the back we find a dual camera. By the way, 3D Face Recognition is also available here. Sony Xperia Flex packs a 6.2 inch 4K OLED display with an 18:9 aspect ratio. It also has two separate 3 inch screens on the sides integrated somehow, so they’re able to show notifications, weather and shortcuts. My guess is that those extra screens appear in the top and bottom of the phone. 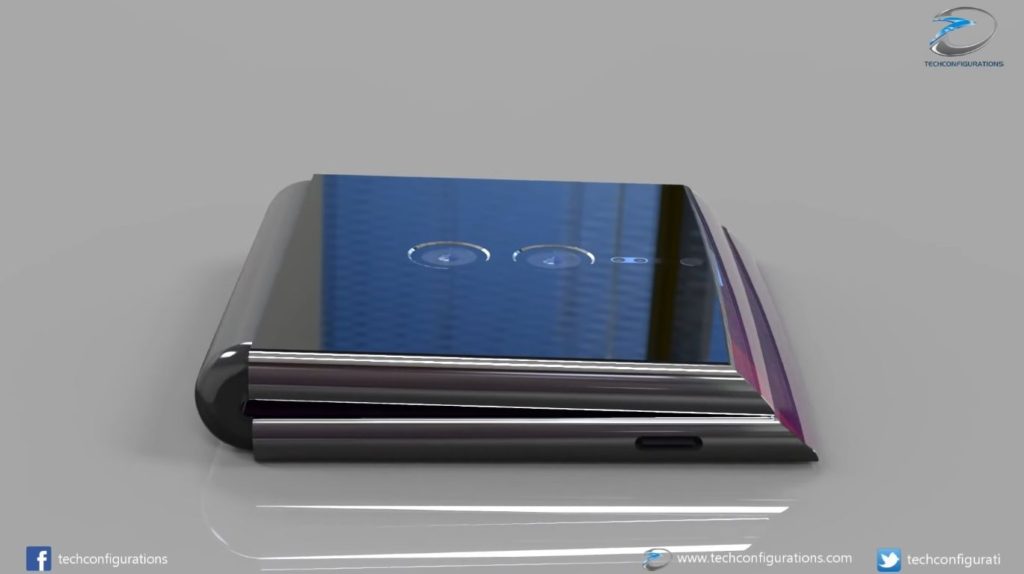 Specs are pretty high end stuff: Snapdragon 855, 4 or 6 GB of RAM and the storage goes as high as 512 GB. The dual camera features a 19 MP + 12 MP shooter combo. From what I can see there’s a very stylish Power button with fingerprint scanner on the side, perhaps the most stylish I’ve seen. 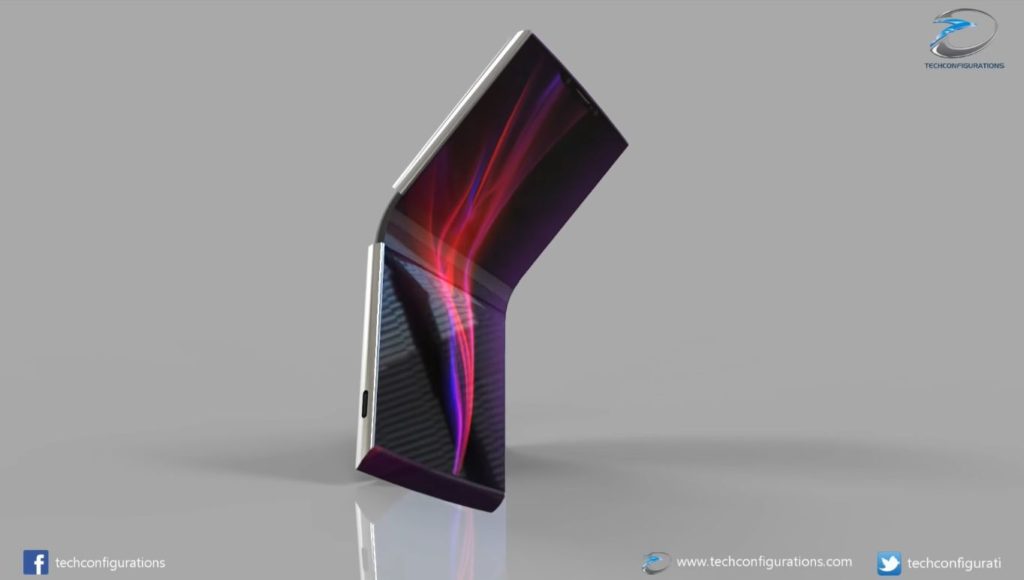 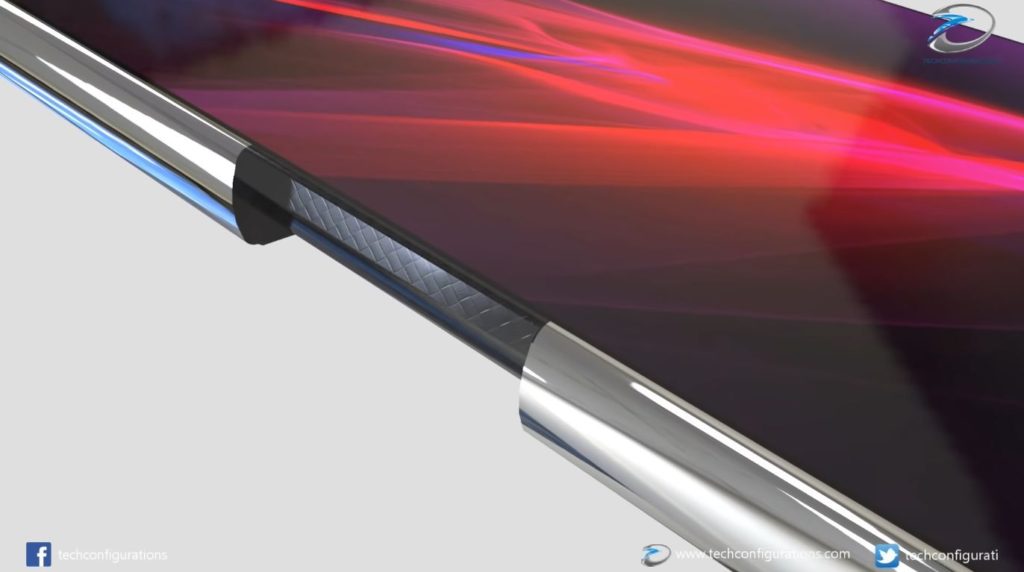 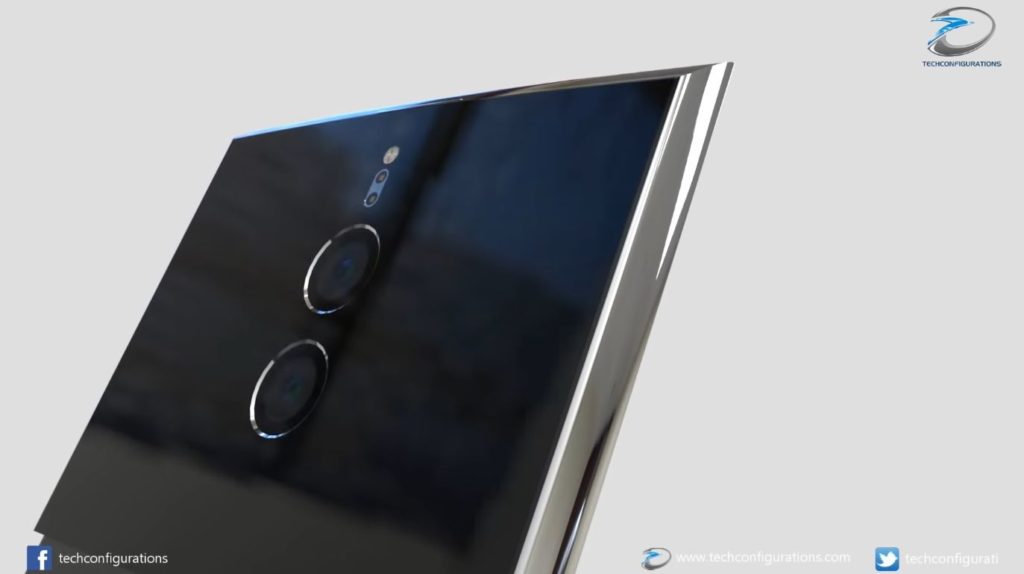