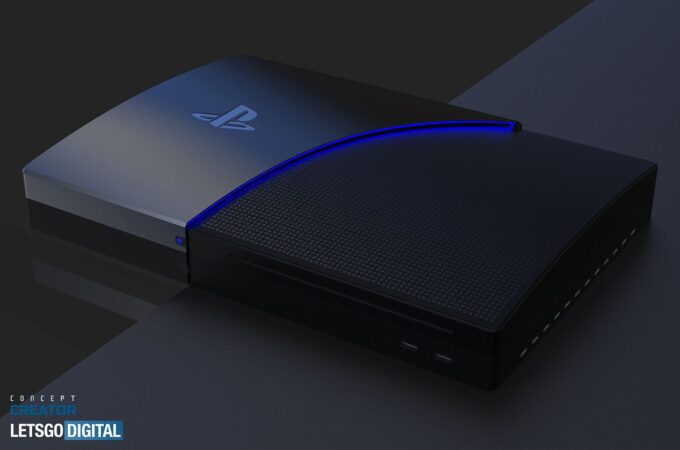 Today is June 11th, the big day of the big PlayStation 5 presentation event. Obviously rumors about the console design have been flying around for years now and we’ve published our share of renders. From what we understood today is only going to be about gameplay presentations, so we’re not going to see the console. Well, we actually can, since there’s a new set of renders out there.

Concept Creator and Letsgodigital have once again come together and delivered a set of well crafted and detailed 3D representations of the new console. They stray away from the previous approaches, that had the console resembling a spaceship of sorts. To me this concept device is actually closer to a combo between the PS3 and PS4. The innards have been discussed multiple times, going from the Samsung 980 GB custom SSD inside to the 16 GB of memory, AMD Zen 2 CPU and GPU capable of 10 TFLOPs.

The Concept Creator render shows us a more textured design and also a two tone approach for the console. A part of it is dotted and the other sleek and glossy. The controller is shown with glossy D pad buttons and an expanded angle of bending for the trigger buttons at the bottom (L2 and R2). The PS5 has miniature symbols all over its top part, with the typical square, circle, triangle and X generating a cool hieroglyph style effect.

There’s also a blue light bar, a semicircular one between the two tone areas. Actually, the two tone approach makes sense, seeing how the DualSense controller which was already unveiled also has them. The white of the console seems a bit intense, though…