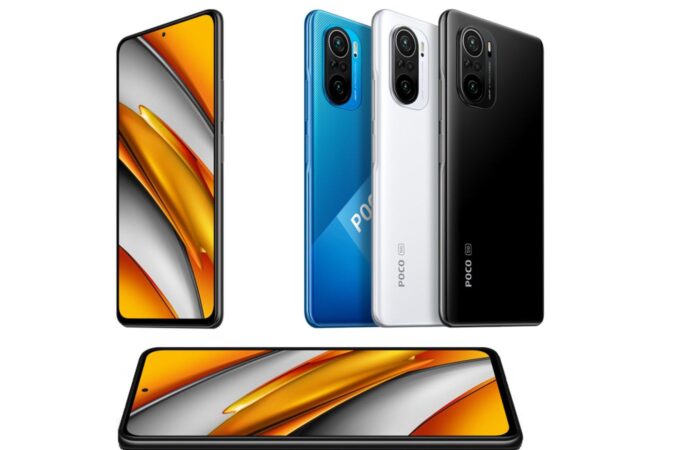 Tomorrow POCO has a big day, since it’s holding a global event meant to debut two phones: POCO X3 Pro and POCO F3. Today we get to see the renders of the POCO F3, which hasn’t quite leaked very often till now. We shouldn’t expect too much innovation or a spectacular design, since this is basically a rebadged Redmi K40.

The device has the Snapdragon 870 processor inside, which is a Snapdragon 865++ processor basically. There’s also 33W fast charging support, a 6.67 inch Full HD+ AMOLED display and a 120 Hz refresh rate. There’s also a very bold promise of 1300 nits of peak brightness, plus an impressive 360 Hz touch response rate. The screen is flat, which is a boon for gamers and it’s also protected by Gorilla Glass 5. Aside from the Snapdragon CPU, we also get 12 GB of RAM (LPDDR5) and 256 GB of UFS 3.1 storage.

One shouldn’t be surprised by the fact that the POCO F3 is a rebranded Redmi K40, since the POCO F2 Pro was a rebranded version of the Redmi K30. Camera-wise we get a 48 megapixel main shooter with slow mo Full HD video capture at 960 FPS. There’s also an 8 MP ultrawide back camera, 5 MP telephoto shooter, also working as a Macro camera. Upfront there’s a 20 MP selfie shooter, in a punch hole. WiFi 6 and 5G are also part of the package. A 4520 mAh is also here, plus NFC, IR blaster and Android 11 is preinstalled.