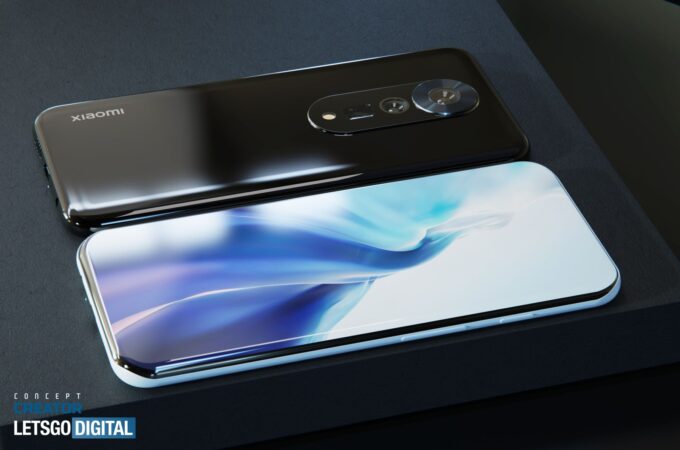 Things are speeding up, as Xiaomi preps a Redmi Note 11 unveiling sooner than expected. Xiaomi 12 may also drop faster, as leaks have multiplied a lot. On paper it should debut in December with the Snapdragon 898, which will be inaugurated on it. In the meantime, Letsgodigital and Concept Creator propose a brand new camera island design for the device, which you can see below.

It’s sort of “Back to basics” and back to a vertical camera module, in lieu of of a horizontal one, a “P” or “L” shaped one. This is most likely just the Mi 12/ Xiaomi 12, as the Ultra will probably opt for a different approach, hosting larger and more potent cameras. By the way, Letsgodigital didn’t come up with this one on its own, it was actually inspired by a patent design, which you can find in the source link below.

The Xiaomi 12 has an edge to edge screen with an apparent under display selfie camera and a rather beefy glass and metal body. The patent that inspired this design was awarded last week by the way. We see that the periscope camera is somehow integrated sans a protrusion, which is mighty impressive. The phone only appears in black and white, with a rather flat screen and a strange angling of the bottom corners, which are somewhere between curved and angular, or at leas there’s an optical illusion leading to that conclusion.

The corners are much more rounded than on any other Xiaomi phone. The top camera is either a 200 MP or 108 MP one and we’re promised 5 axis video stabilization and 1920 FPS slow mo capture. Fast charge and a lot of RAM should also cut, plus a large battery considering the thick body. I wonder what the selling point will end up being…

About Kelvin
Passionate about design, especially smartphones, gadgets and tablets. Blogging on this site since 2008 and discovering prototypes and trends before bigshot companies sometimes
Top Programming Languages That Are Safe And Reliable   6 Tips on Online Search for the Highest Paying Jobs in Nebraska