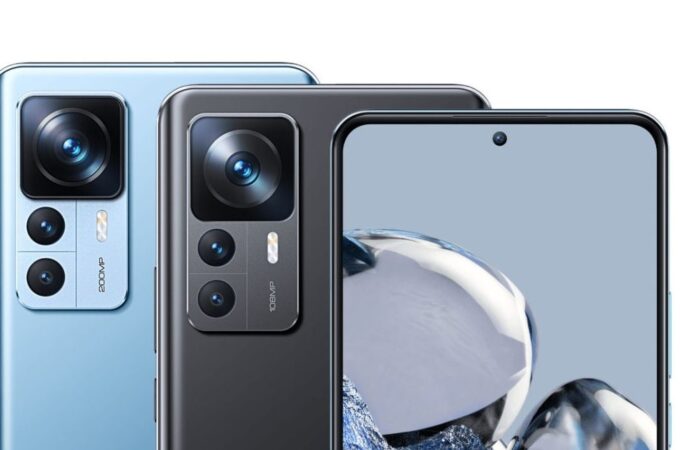 Xiaomi 12T Pro is the next flagship from Xiaomi coming this Fall. It has a Qualcomm Snapdragon 8+ Gen 1 processor, but the kicker is the 200 megapixel camera. Today we get to see the first renders of the Xiaomi 12T and 12T Pro, expecting minimal changes from the predecessors.

To be honest, the Xiaomi 12 series was a bit of a letdown. Even the Pro model had an underwhelming zoom and there was nothing out of the ordinary in the battery, audio, or screen department. Xiaomi 12S Ultra moved the needle a bit, but the DxOMark result was underwhelming. Now the Xiaomi 12T Pro may compensate, especially since it inaugurates the 200 megapixel camera for Xiaomi. As shown by the renders, the Xiaomi 12T Pro looks just like the Xiaomi 12 Pro, maybe with a larger main camera.

The device will have a 200 MP shooter with F/1.69 aperture, most likely the Samsung HP1 sensor. The other cameras are an 8 MP ultrawide one and a 2 MP Macro shooter. There’s a rectangular module here, much like the Xiaomi 12 series had. Xiaomi compromised and saved costs, using a plastic body here. A Snapdragon 8+ Gen 1 processor is inside and there’s also a 120 Hz AMOLED screen. The 5000 mAh battery charges at 120W.

About Kelvin
Passionate about design, especially smartphones, gadgets and tablets. Blogging on this site since 2008 and discovering prototypes and trends before bigshot companies sometimes
More Businesses are Turning to Mobile Apps   CBD: The Natural Remedy To Information Overload