Xiaomi Mi 10 is a Total Beast, With a 108 Megapixel Camera, Snapdragon 865, Curved Design 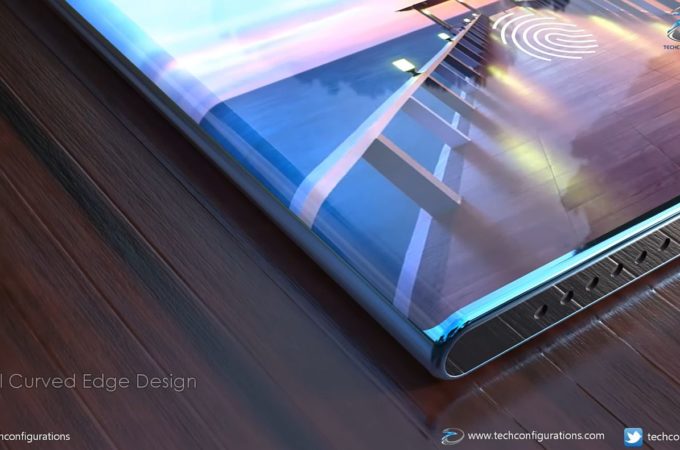 I’m surprised we keep hearing about 2019 Xiaomi phones and less about the 2020 ones. I imagine that since we keep seeing leaks for the Galaxy S11, the Xiaomi Mi 10 shouldn’t be that far behind. Today Techconfigurations came through, with a set of renders for the future flagship and also a video. Let’s check them out. 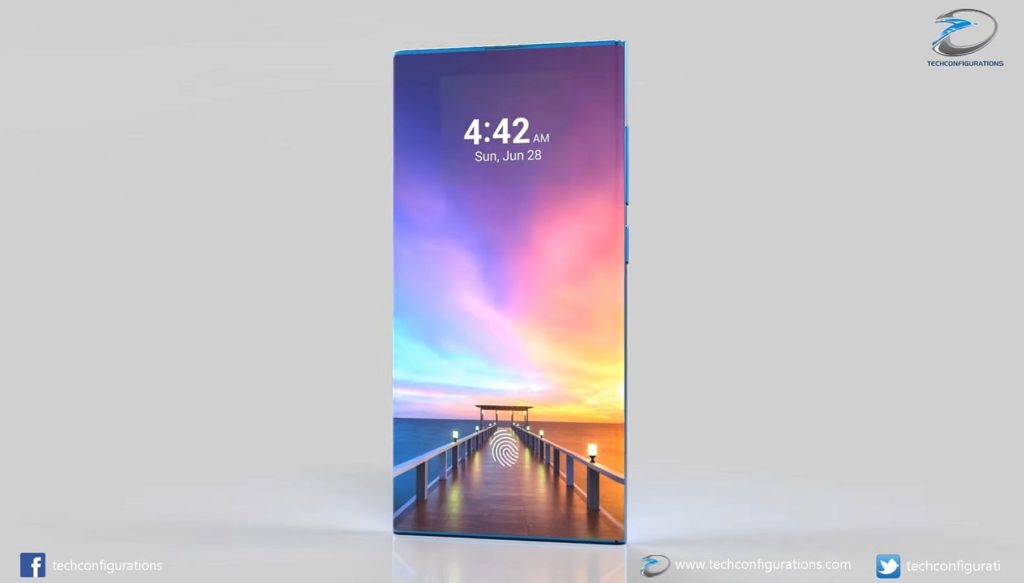 Xiaomi is already well versed with using 108 megapixel cameras on its phones, since they’ve used one on both the Xiaomi Mi MIX Alpha and also the Xiaomi Mi CC9 Pro. Xiaomi Mi 10 is going to be important, since it should also change the design language next year. It may draw some inspiration from the Galaxy Note 10, from what I can see. It’s definitely a flagship, covered with glass at the back and also sporting very curved edges for the screen. 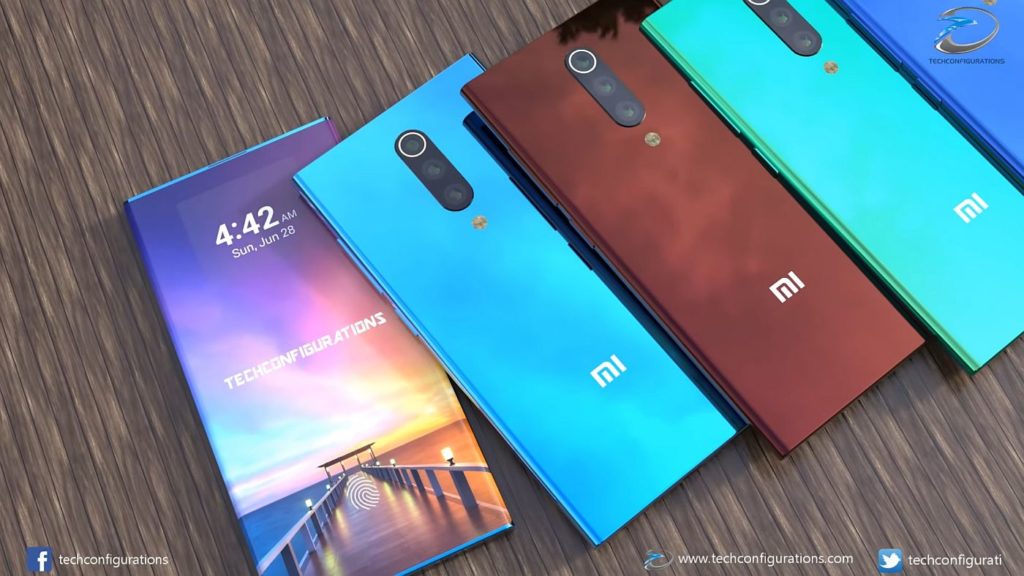 The body is very rounded an the screen is basically an edge to edge one. The curvature of the screen doesn’t exactly go tot the “waterfall” level like the Vivo Nex 3 or the Huawei Mate 30 Pro, but it’s pretty close. I see that we also get a selfie camera cutout in the top of the screen, an in display fingerprint scanner and a small slit at the top for the speaker. 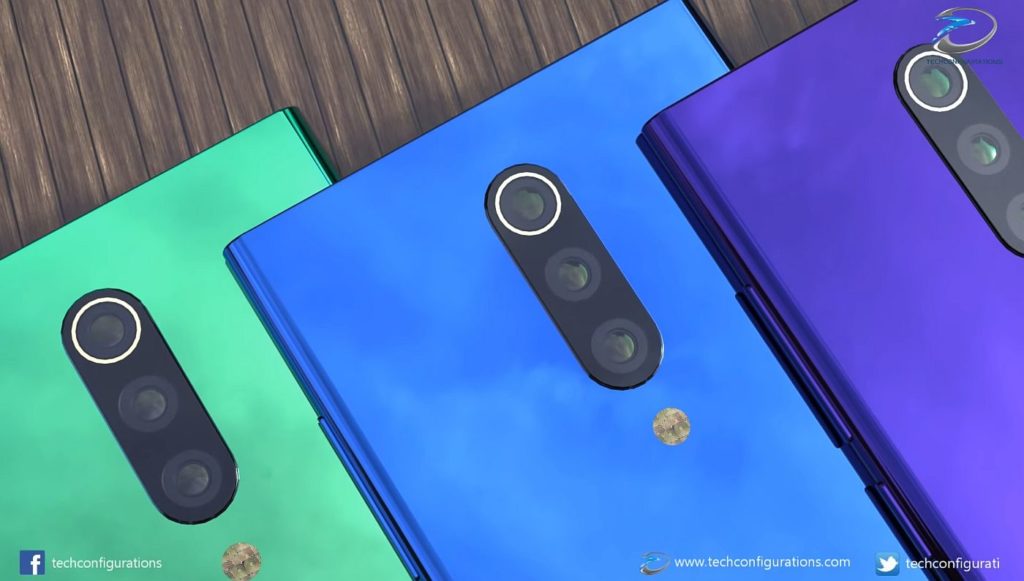 A variety of color choices are included, like two shades of blue, bright pink, red and green. Specs include a Qualcomm Snapdragon 865 processor, a 6.5 inch screen (or is it 6.7 inches, as the video says?) and a main 108 megapixel camera. I’m surprised to see only 3 back cameras, not 4. I imagine there’s a strong telephoto 3X zoom cam, as well as a powerful ultra wide 16 or 20 MP cam as well.

Not bad and pretty realistic. 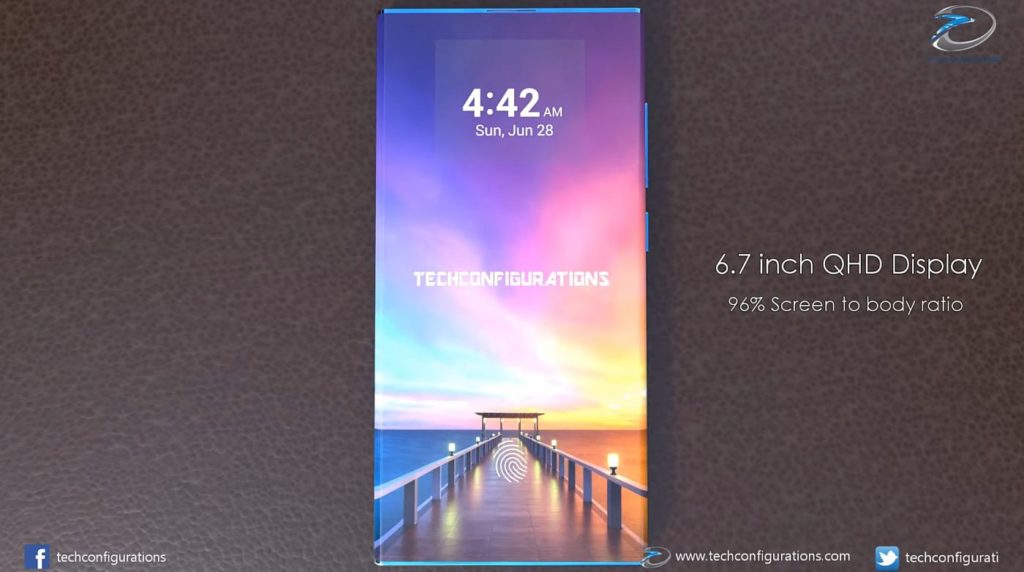 About Kelvin
Passionate about design, especially smartphones, gadgets and tablets. Blogging on this site since 2008 and discovering prototypes and trends before bigshot companies sometimes
Samsung Galaxy Alpha Pro Wants to Be the Xiaomi Mi MIX Alpha So Bad   Essential Phone 2 Rendered by Concept Creator, With A Nifty Detailed Explanation