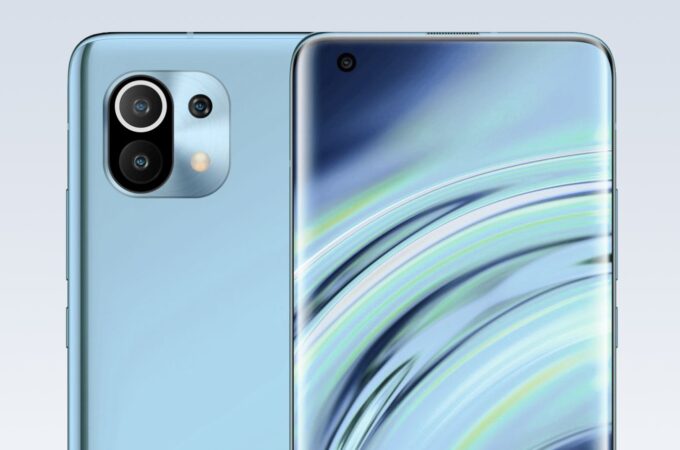 This past week the biggest piece of news was the fact that Qualcomm finally unveiled its Snapdragon 888 processor. Xiaomi was the first to confirm a device with this CPU inside, Xiaomi Mi 11. And then leaks started, some of them even pointing towards a release this month. We also have some images of the device, which have been turned into the beautiful render done by Ben Geskin below.

The render done by Ben Geskin looks pretty swell and from what I see it ditches the punch hole for the selfie camera. This means that we’re likely to see an under display selfie camera, as rumored for Samsung Galaxy Note 21. The screen has incredibly narrow bezels, but keeps a tiny amount of chin at the bottom. The back camera is surprisingly modest, in sensor quantity. While Galaxy S21 Ultra will go all out with a Penta setup, this one prefers a triple layout and a square module.

Original leak that inspired the render:

It’s also about 3 times smaller than the Galaxy S20 Ultra camera housing and also the Mi 10 Ultra one. People have been saying on Ben Geskin’s Twitter account that the camera module here resembles the Yin-Yang logo and I kind of see its resemblance. If I were to speculate, I’d have a main 108 megapixel camera here, a 12 MP ultrawide camera and a strong telephoto 5X optical zoom cam. However, none of them looks like periscope material. The main cam also resembles the iPhone 11 or iPhone 12 cams quite a bit.

What surprises me the most is the fact that the camera doesn’t quite protrude. Specs-wise things are predictable, with 12 or 16 GB of RAM, 256 GB of storage, 5G and probably a 6.7 inch Quad HD 120 Hz screen. A metal frame and large 5000 mAh battery are also in the cards. Obviously, there’s also a Qualcomm Snapdragon 888 processor inside.