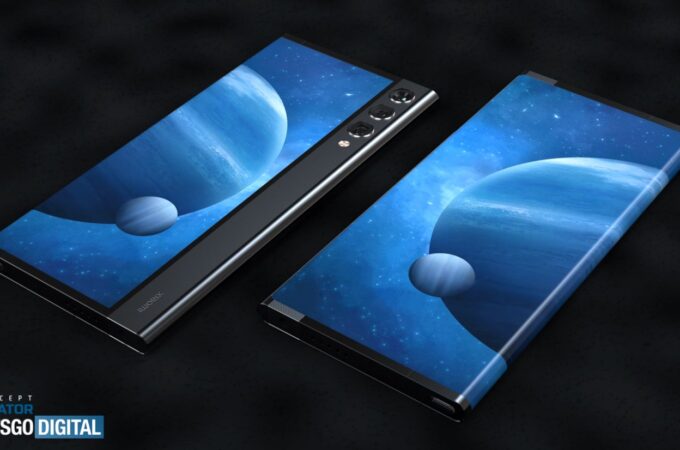 While Oppo and TCL pretty much own the premiere of the first rollable phones, Xiaomi is quickly catching up. They already had a patent for one for a while now and now we get to see an introduction video and renders for one. It’s dubbed Xiaomi Mi Alpha R and it’s the joint project of Concept Creator and Letsgodigital. Let’s check it out!

The Mi Mix series hasn’t seen a new model in a year now and the wraparound screen Mi Mix Alpha unit was the last one basically. Back at the end of 2019, Xiaomi Mobile Software filed a patent with the USPTO for a “Terminal With Flexible Screen”, which was approved on October 29th and seemed to preface future foldables and rollables from Xiaomi. Designer Jermaine Smit aka Concept Creator now shows us a beautiful new rollable phone concept, with a lot of work put into it.

Stunning 3D animations unveil a device “core”, that hosts the cameras much like the Huawei Mate Xs did. The user can now determine how much to expand the screen, reaching as much as 20% expansion. This triggers a tablet like machine and the content and apps adjust dynamically. Somehow a periscope camera also made the cut here. There’s an ingenious support mechanism in the housing, which lets you roll out and in the screen without creating creases like typical foldables do.

The problem is how much pressure you can apply to the screen till you damage it. The screen on the other side will be deactivated if you’re using the screen on the main side. The problem is that we’re not sure there’s a market for rollable phones, in spite of the initial enthusiasm. Oppo already hinted that the Oppo X 2021 is just a concept and no commercial plans have been. On the other hand LG has patent for a rollable laptop and they’ve already launched two generations of rollable TV sets.

Honestly speaking I’d love to see more of the that dual folding phone from Xiaomi that leaked in early 2019.

About Kelvin
Passionate about design, especially smartphones, gadgets and tablets. Blogging on this site since 2008 and discovering prototypes and trends before bigshot companies sometimes
Oppo Find X3 Pro Renders Are Out, Looking Predictable   Samsung Galaxy A52 Leaked in Press Renders via OnLeaks