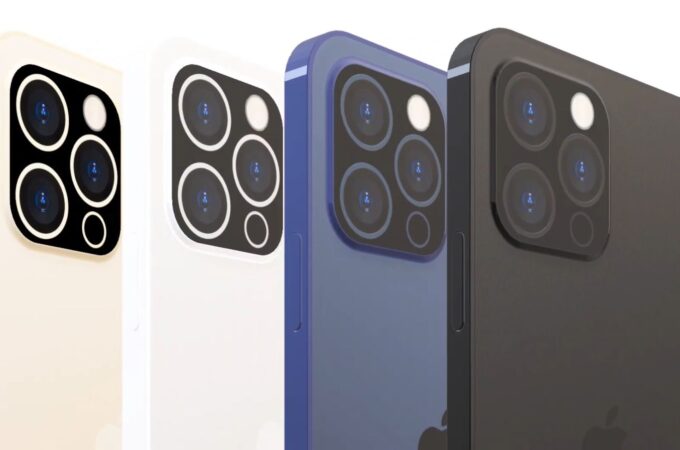 Another day, another iPhone 13 concept, or better said an iPhone 13 Pro concept. It comes from YouTube channel The Hacker 34, who created a video detailing the smartphone. There aren’t many surprises, as all specs are upgrades from the previous gen. Let’s check it out.

iPhone 13 Pro keeps the flat edges of the iPhone 12 and also gets a 6.1 inch or 6.7 inch Super Retina XDR display with ProMotion technology and it finally moves on to 120 Hz. Other rivals already had high refresh rates for years now, ever since gaming phones became a thing. The resolution is 2688 x 1242 pixels and the notch at the top somehow makes it to see another year. It may be smaller this time around. As far as the back camera goes, it’s a triple cam with a LiDAR sensor included.

The biggest change is that there’s both Face ID and Touch ID. Also the bottom port is now gone. The notch at the top includes am ambient light sensor, speaker, front camera, flood illuminator, infrared camera and dot projector. An Apple A15 CPU is inside, with 15 billion transistors and 50% faster neural engine. PowerDrop is also a new feature detailed in the video below and storage goes up to 1 TB. Any real life altering changes? I’d say.. no!

About Kelvin
Passionate about design, especially smartphones, gadgets and tablets. Blogging on this site since 2008 and discovering prototypes and trends before bigshot companies sometimes
Samsung Galaxy S21 Fan Edition is a Stylish Flagship Killer   Samsung Galaxy A82 Dual Slider Smartphone is Eye Catching In New Renders