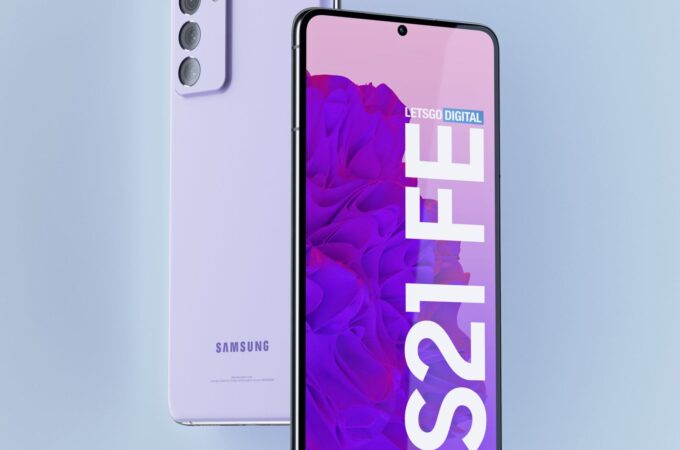 Samsung did a bit of a self sabotage last year, making the Galaxy S20 Fan Edition 5G more appealing than the S20 models. Having tested all of them, I have to say that the S20 FE is more complete than the S20 and S20+ and more appealing, at a lower price. It also gives people unhappy with the Exynos 990 CPU an alternative with a Snapdragon CPU inside. Today we get to see renders of the Samsung Galaxy S1 Fan Edition, which feels like a pretty stylish device.

Rendered by Snoreyn (Giuseppe Spinelli) for Letsgodigital, the device is shown in light (baby) blue, violet, gray and a very light, mint green. The origins of the Fan Edition are dark ones, since Samsung launched a Galaxy Note 7 Fan Edition, after the original Note 7 started exploding and catching fire. The S20 FE on the other side was a hit, particularly when the price started dropping. Its compromises were few and included a plastic back and cameras that didn’t go all the way, as far as resolution is concerned.

This time we get an interesting approach here, as Snoreyn takes the camera module from the S21 and moves half a centimeter towards the center. It does protrude quite a bit and has large lenses. I’m pretty sure that we’ll get a plastic back once again and also IP68 certification. The 120 Hz refresh rate of the 6.7 inch screen will probably be adaptive this time around. The FE model had a 32 MP camera last year, but we may get a solid 10 MP this year to best it.

The 3x hybrid zoom camera at the back wasn’t half bad in 2020, but we should get a proper 3X optical zoom this year, unless Samsung is a bit of a cheapskate. We should also get a Snapdragon 888 processor inside, Android 11 with One UI 3.1 and probably the latest 12 MP sensors for ultrawide and wide cameras at the back. In many ways this feels like a OnePlus 9 and OnePlus 9t killer already. It could even come with a microSD card slot, something lacking from the S21 series.

I wonder if there will also be a 4G model this time… Last year the FE came at 750 euros for the 5G unit and 650 for the 4G one. This year we’ll most likely get just a 5G unit priced at around $800 or so. Solid work from Snoreyn on the design front and if I were to object to something, it’d be the thickness of the bezels.