Apple AirPods Pro 2 Rendered With Speaker Holes in the Case 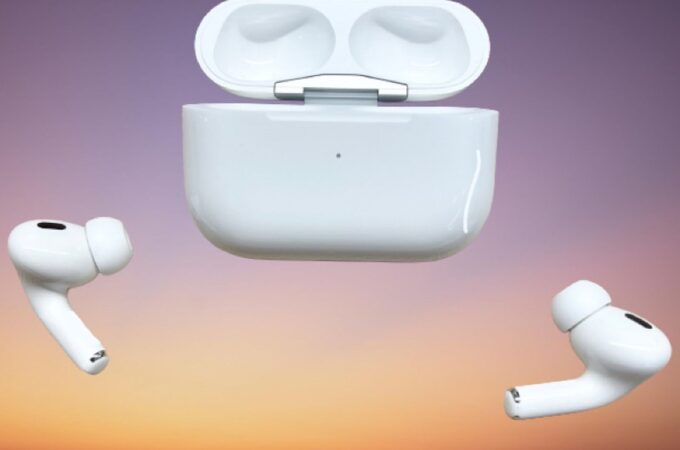 Apple barely launched the AirPods 3 and we already have info about a new pair of headphones. It’s the long rumored AirPods Pro 2, which are rumored to come in 2022. They’ve leaked on October 22nd in a set of renders published by Macrumors and we dissect them below.

The rumors about them camera from Bloomberg’s Mark Gurman, saying that they could be stemless. In fact what we see here are headphones with stems, so there’s not much of a change. What we do get is a different case, with a lanyard hole on the side and at the bottom next to the USB-C port we have speakers. One would think that the case turns into a speaker, but it’s actually used for a Find My Phone system to emit sounds in order to make it easier to find.

The AirPods Pro 2 in the photos comes with the same design as the original AirPods Pro, maybe except for the missing optical sensor toward the underside of the bud. Apple gave up on the optical sensors on the AirPods 3, opting for a skin detect sensor. Things to expect feature-wise? Maybe extra battery life, improved ANC and perhaps with a bit of luck some health features.

A temperature or humidity sensor would be nice or some way to track the pulse maybe, but I think I’m reaching too far.

About Kelvin
Passionate about design, especially smartphones, gadgets and tablets. Blogging on this site since 2008 and discovering prototypes and trends before bigshot companies sometimes
Cryptocurrency Casinos in Mobile Devices   Huawei Mate 50 Pro Latest Renders Bet On “Circle in Circle” Approach