The rumour of the day is accompanied by a cool picture of a Mac Tablet concept, but the info is truly interesting: turns out that Apple is also readying 13 inch and 15 inch tablet versions, aside from the standard 10 inch one. 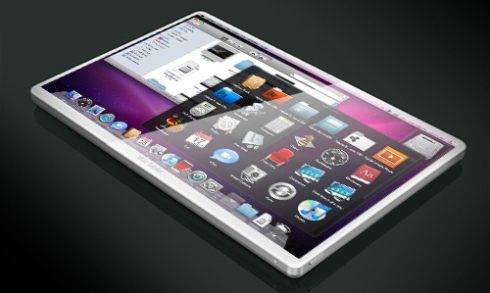 A Gizmodo source claims that prototypes of the new Apple Tablets are available right now in the Shenzuen Apple factory in China. The new tablets look like oversized iPhones made out of aluminium and some of them run OS X, according to the same source.

Apple has a special event scheduled for September, but don’t expect its tablet to be launched there… My money’s on a new iPod Touch with a camera, but we’ll have to wait and see.