Apple TV 2015 Render is Minimalistic and Feels Like a… Tesseract

Yes, I know it’s not a phone concept, but we love to cover concept devices in general, so why not give a new Apple TV 2015 a try? Rendered by Seyed Mehdi Sajjadi, this concept seems based on geometrical shapes and has an abstract approach.

The set top box part of the affair is shaped much like a big LEGO block, with the ports at the back and an Apple logo at the top, with a shiny blue ring around it. The remote is minimal and seems more like the older versions than the current one, so focused on gaming. From what I can see there’s also a TV set in the mix, that may or may not be an Apple television.

Its design is rather generic and it involves a lot of glass and metal. The bezels are kind of big, but once again this is maybe just a placeholder and the core is that “tesseract” of an Apple set top box. I’d do away with that huge stand though… 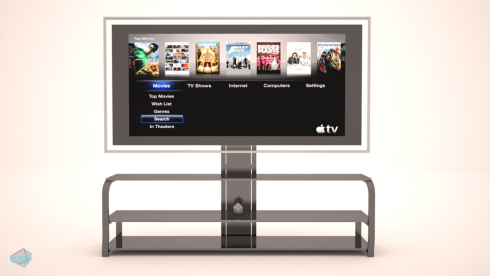