Edgar Rios is the latest in the series of designers who tried to imagine the iWatch. He sees a more squared device, sort of like a smaller iPhone , with a pretty solid belt. 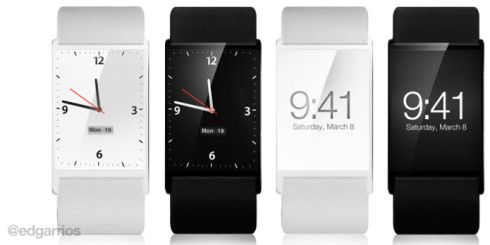 It’s interesting that the designer tries to keep as much of the iOS experience as possible in such a small format. Basically, this is just like those iPod Nano watches from the past year or so. By the way, Apple has a slap wristband form factor patented recently, so this concept may take advantage of a flexible or curved display and the new wristband. 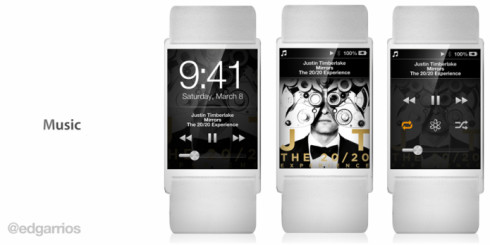 Seeing how people are already returning their Galaxy Gear watches, maybe it’s a good idea to wait for the smartwatch market to mature before Apple launches one. An iWatch with such a big facade wouldn’t be a fashion statement, but it would be actually usable on its own, maybe even without an iPhone… 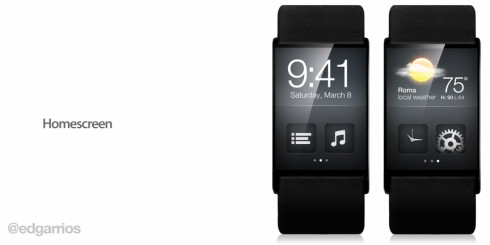 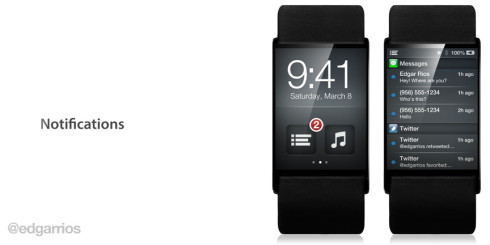 About Kelvin
Passionate about design, especially smartphones, gadgets and tablets. Blogging on this site since 2008 and discovering prototypes and trends before bigshot companies sometimes
Flexible Screen X Phone Becomes a Bracelet   Nokia Asha QWERTY Integrates a Keyboard Into the Lovely Experience