Ricardo Alfonso created an amazing iPad concept, a transparent tablet with a futuristic design, that gets showcased in the video below. Can’t really tell if this 3D concept is meant to be an iPad Mini or full fledged 9.7 inch slate, but for some reason I feel it’s an iPad Mini. 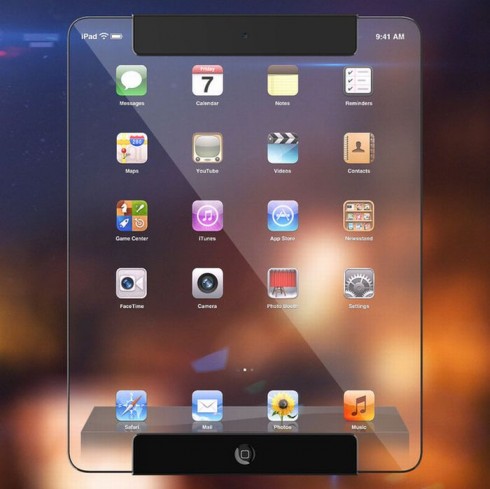 It’s basically all made of glass, except for the top and bottom part, that are metallic and incorporate the Home Button and iSight/FaceTime cameras, from what I can see. The main setback with creating such a device would be the battery integration, as well as the rest of components. It’s true that they can be stored in the metallic parts, but the battery would have to be really big and you can’t hide it anywhere. Obviously there’s the option of actually having regular components between two sheets of glass and having cameras reproduce the image around them on the glass, in order to make the device seem transparent. 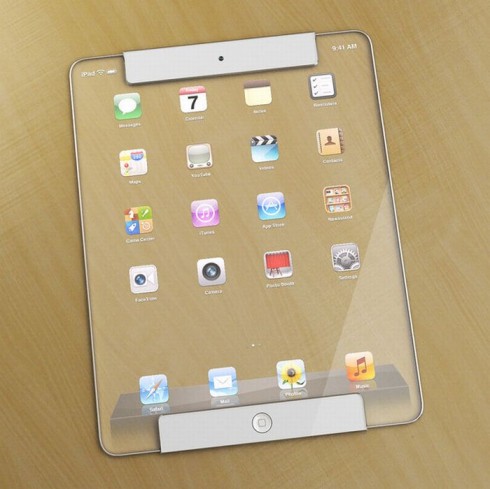 The designer modeled this 3D futuristic iPad with 3ds Max, 3D Studio, Blender, Rhino, ZBrush, kept the real world scale and centered the model at origin. All the parts of the iPad render were organized by name for easy identification and he used high quality textures, with extreme close ups and high resolution renders. What do you think of this beauty?