We’re closer to iOS 8 than you imagine, since the new platform could come in June, so let the concepts start! Today’s iOS 8 render was done by Bill Labus, who also published a video that integrates this experience. 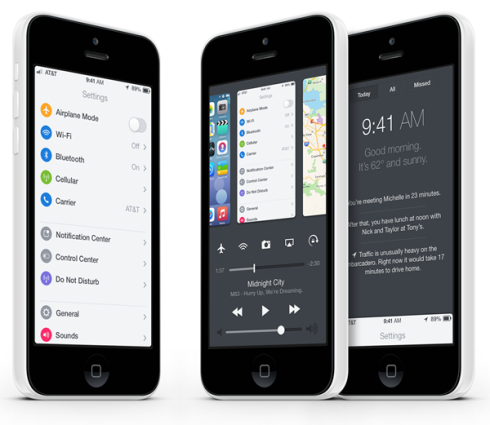 You flick up from the bottom of the edge of the screen, allowing the multitasking of apps to be triggered. The problem here is that you have less room for the Control Center, that the designer considers to be overexpanded anyway. He thinks that the calculator, clock, airplane mode and Bluetooth are not used that often anyway.

The brightness slider is also left out for lack of space, but it could take the place of the volume slider, since that can be controlled with physical keys. What do you think of this iOS 8 concept?