Jermaine Smit is known for his revolutionary concepts, particularly the Samsung and Apple ones, so after a few iPhones and after an Apple smartwatch teaser, we get the finalized iWatch. I will take the liberty of calling this the Apple iWatch 2, since it’s so different compared to all the other concepts out there. 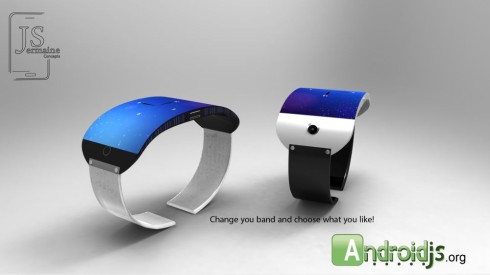 Jermaine imagined a concept with a 2.1 megapixel camera, a very curved and flexible display and a band that can be changed and customized by various accessory makers and more. You can charge the phone via this watch and rely on its solar charging power. The curved is a 2.3 incher and we also get iOS lite on this model and a reasonably decent single core CPU, which are both my speculations. 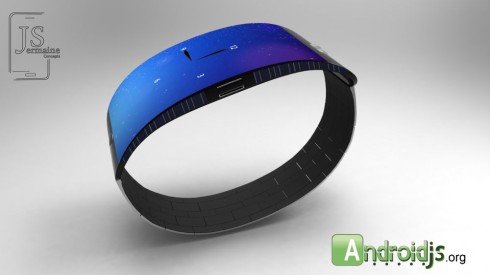 The iWatch 2 relies on a 400 mAh battery, a solar panel and it’s probably the biggest smartwatch in diagonal on the market right now. You can go with a classic metal band a la Seiko, a rubber one or a plastic one. I’m pretty sure that the glass display is protected by sapphire crystal or maybe something more resilient…

About Kelvin
Passionate about design, especially smartphones, gadgets and tablets. Blogging on this site since 2008 and discovering prototypes and trends before bigshot companies sometimes
Ibis Dual Face Smartwatch is a Piece of Jewelry, Runs Android   iOS 8 Gets Rendered With “Mission Control” Feature (Video)