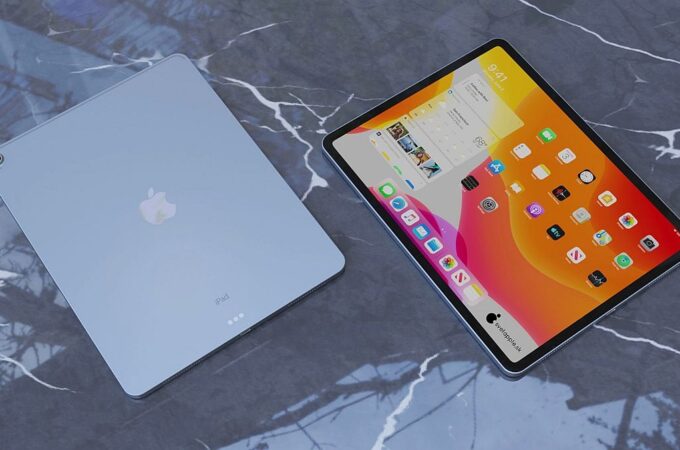 iPad Air 4 has been rumored for a hot minute, basically throughout the current year. Its leaks were usually specs, sketches, maybe a shy patent, but never a render. Today we have some 3D renders of the newcomer from Svetapple.sk and it’s exactly as expected: an iPad Pro 2018 lookalike.

The iPad Air 4 will get a couple of spec bumps, that will bring it closer to the iPad Pro series, while also keeping it slim and light. The 4th gen iPad Air could arrive in October, when Apple is rumored to be holding the iPhone 12 event. Don’t go hoping for LiDARs here, since we only get a singular back camera and also a singular front camera. Pictured in gray, silver and gold, the iPad Air 4th gen also gets an USB-C port at the bottom, quad speakers and narrower bezels.

Gone is the Home button, but it’s not replaced by Face ID, but rather by a Touch ID integrated into the Power button, now enlarged and placed on the side. The screen will offer a diagonal of 10.8 or 11 inches. The format is familiar: a rectangular slab with rounded corners. We also notice a Smart connector at the back, used to attach a brand new Magic Keyboard. We don’t have clues about the specs: RAM, CPU, cameras, battery. We can speculate about a high res, Retina level, Apple A14 CPU and at least 4 GB of RAM.

The price is speculated to be in the range of $499 to $649. 128 GB of storage is pretty much a given. Stylus compatibility would also be nice, but I can’t guarantee it. Expect WiFi and 4G versions, but not a 5G one, reserved for the iPad Pros. Since we’re a design site, I can’t say I’m blown away by this design, as it’s predictable and generic.