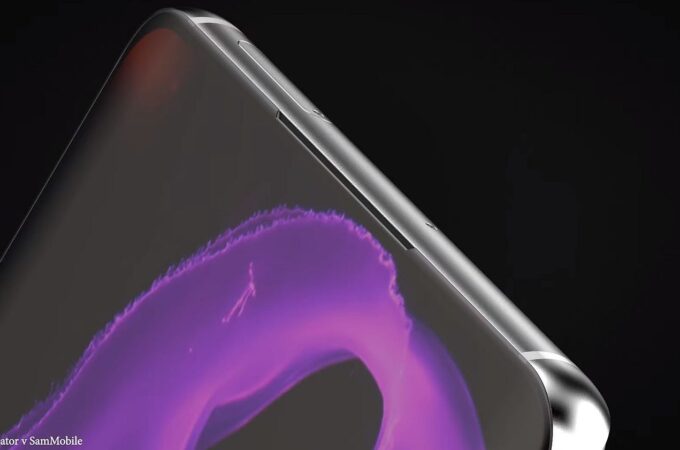 Concept Creator is back with a brand new concept, this time through a partnership with Sammobile. He envisions a Samsung Galaxy S21/ S30 Ultra with a brand new camera system, one that includes the laser mechanism from Note 20 Ultra. So, let’s analyze his renders!

If everything goes well, Samsung is expected to unveil the Samsung Galaxy S21 or S30 series in February 2021. Leaks have already started a while ago and some of them even sound absurd. A Galaxy S21 Ultra with a 7.1 inch screen sounds like total overkill to me. What sounds more likely is the under display camera, which is also shown here. Well, at least we suppose it’s there, since I can’t see any trace of cutout, notch or punch hole. ZTE already cracked the segment, by offering the first phone with an under display selfie camera, the ZTE Axon 20 5G, which was just unveiled this week.

Now an avalanche of phones with similar tech is expected to trickle down. Samsung has been working on its own flavour of an in display camera phone for a while now, but it has kept it well sealed in its labs. I feel I’ve talked enough about this. Let’s check out the renders and design.

To be honest, there’s nothing surprising here, as usual the latest Galaxy S flagship marries elements from its predecessor with ones from the latest Galaxy Note. We get to see a very narrow slit for the earpiece and also a curved back side and front side, but not in an exaggerate waterfall manner. The button area gets some heavy metal accents and highlights and the screen bezel are reduced to the max. Even though we have some serious firepower for the camera, its module size has dramatically been reduced from the S20 Ultra.

Here we find a 108 MP cam with a new sensor, a new periscope camera and an ultrawide shooter, plus a laser focus thingie and the flash. The video below doesn’t reveal how the selfie camera in the screen would work, but I supposed it’s the same as the ZTE and Oppo one. The screen would clear pixels when needed and change transparency when you take a selfie. We also get to see multiple colors of the device in the video, like green, red, blue, white and black. That’s a breath of fresh air from the mere two colors of the S20 Ultra.

About Kelvin
Passionate about design, especially smartphones, gadgets and tablets. Blogging on this site since 2008 and discovering prototypes and trends before bigshot companies sometimes
Samsung Galaxy Transparent Phone Appears in Patents, Then Renders   iPad Air 4 Gets 3D Renders That Totally Make It Look Like iPad Pro 2018