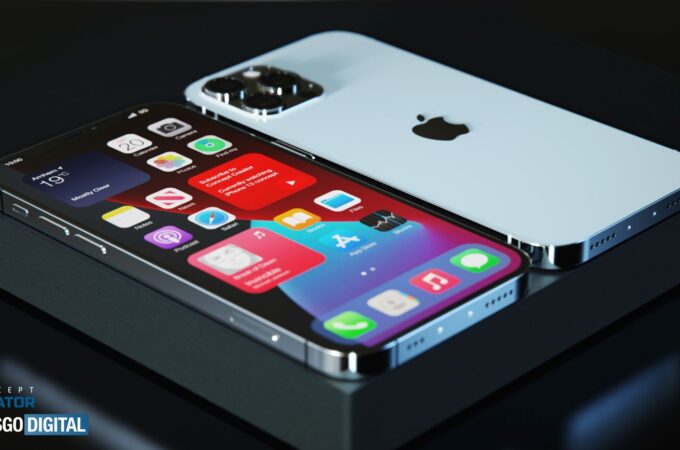 It’s been a while since we covered a fresh new, crisp iPhone, so let’s go! Letsgodigital is actually what I meant to say, since they’ve just come up with a fresh set of renders co-created with Concept Creator for the iPhone 12s Pro. The device packs an under display Touch ID sensor and we detail it below.

Apple is expected to debut the iPhone 13 series in the fall, but an iPhone 12s is a more likely approach. It’s been a minute since the last “s” iteration, so this may just be the transitional year. We’re expecting just like last year a mini, a base model, a Pro and a Max. Also in the Spring we should see a new iPhone SE, a bigger one. The design of the iPhone 12s Pro is largely unchanged from the previous gen model, except for the fact that there’s now a Touch ID sensor embedded in the screen.

There’s a 6.1 inch OLED screen here, with a 120 Hz refresh rate, requested a lot by fans on the iPhone 12 series. However, there were worries about the way it would affect battery life. It also uses LTPO technology, which enables and adaptive rate and would use up less battery. I find it odd that Touch ID is back, since Face ID was already doing a fine job. Well, honestly Huawei’s similar solution is faster I feel and more accurate and has been ever since the Mate 20 Pro.

The camera is expected to get an upgrade on the iPhone 12s Pro and the 12s Pro Max. It’s probably finally time to get a periscope camera, or at least a camera with 5x optical zoom. 8K video capture may also happen and while some people want a higher res, that seems less likely. WiFi 6E should also be available, since it jumps from the 1.2 Gbps of the WiFi 6 straight to 2.4 Gbps. Last year the Pro model had a 3046 mAh battery, which needs to be upgraded by at least 500 mAh.

New MagSafe accessories which enable faster charging may appear. The Lightning port is shown as disappearing in the render created by Concept Creator/ Jermaine Smit, which would be really odd. It would mean we’re totally switching to wireless for charging and transfers. MagSafe would become the new “port” and connector. Well, Apple would also get rid of the EU regulations related to USB-C ports, choosing…. no port at all. Don’t get too excited by MagSafes though, since it messes up defibrilators or pacemakers if you place it too close to them or even closer than 30 cm during wireless charging.

About Kelvin
Passionate about design, especially smartphones, gadgets and tablets. Blogging on this site since 2008 and discovering prototypes and trends before bigshot companies sometimes
Oppo Reno Phone With Double Sided Pop up Camera Gets Rendered   Samsung Galaxy Z Fold 3 Gets a Stylus, S21 Camera and More (Video)