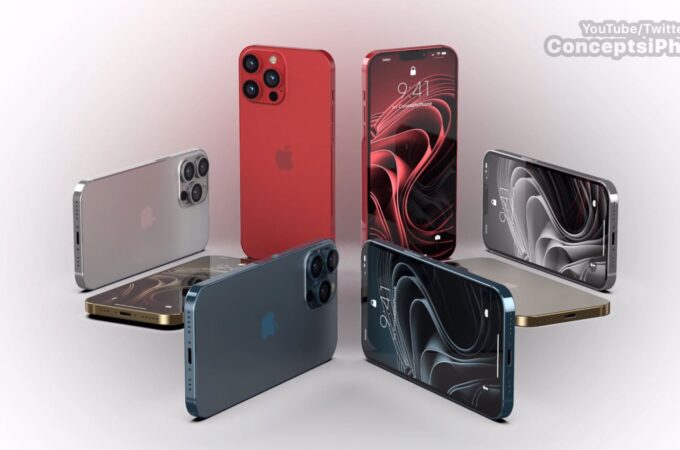 Hard to believe we’re just about 3 months away from the debut of the iPhone 13 and there certainly hasn’t been a shortage of rumors and leaks. However, most of the details about the camera’s actual functionality are still up in the air. At least the design is pretty much set in stone and today we get one more detailed glance at the newcomers.

Designer ConceptsiPhone has created a detailed video for both the iPhone 13 Pro and iPhone 13 Pro Max. The back camera protrudes even more, but keeps the general format of the camera island, compared to the predecessor. WE also get a slightly beefier case, a smaller (narrower) notch and apparently smaller camera lenses, judging by the images we have here.

Face ID has been improved, thanks to a new sensor and we also get a ProMotion 120 Hz screen upfront. Diagonals stay the same and the OLED panel also checks out. Interestingly enough, the iPhone 13 Pro looks really bulky here, while the 13 Pro Max looks quite slim. We also get a Power button with Touch ID for some reason, plus new color hues, with beautiful golden accents and a lighter blue-gray version.

Not very sure if the protruding camera is a good idea…

About Kelvin
Passionate about design, especially smartphones, gadgets and tablets. Blogging on this site since 2008 and discovering prototypes and trends before bigshot companies sometimes
Xiaomi Mi Mix Flip is the Foldable Flip Phone We Need to Restart the Race   Productivity for Students: 6 of the Best Mobile Apps to Help You Focus and Study