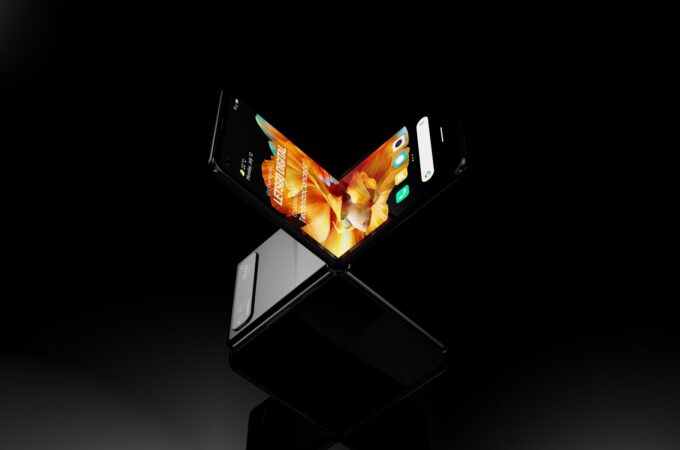 As the leaks regarding Samsung Galaxy Z Fold 3 and Galaxy Z Flip 3 continue to appear, we’re turning our heards towards a rival for the Galaxy Z Flip. To be honest, Samsung’s foldable clamshell has had just one rival so far, the MOTO RAZR 2019/ MOTO RAZR 5G. And that one paled in comparison with the Z Flip. Now let’s see what Xiaomi proposes with the Xiaomi Mi Mix Flip.

Today we are treated with renders of two versions of the Xiaomi foldable flip phone, courtesy of Letsgodigital and Technizo Concept. Xiaomi already unveiled a foldable phone, the Mi Mix Fold in April this year, but that was a more traditional model, with a larger format. And then last week Xiaomi was awarded two design patents for a clamshell phone, which is when Letsgodigital comes in, converting them to renders.

The first clamshell model is similar to the Galaxy Z Flip, while the second Mi Mix Flip is a cheaper version without a cover screen and somehow feels like a throwback to the Redmi Note 9T. So, one of the clamshells has a dual back camera in a band that includes the secondary screen and the other adopts a triple back camera in a circle, plus an extra dot on the back which feels like an out of place LED flash.

Both versions are pretty similar in format, with a crease/fold down the middle of the main screen, which I expect to see with a diagonal of 6.7 inches or so. The screen edges are a lot wider than those of the regular smartphone models. Xiaomi could also use the Samsung UTG technology, since they’re friends with Samsung and have actually premiered a few of their camera sensors.

The clamshells have on the right side both the On/OFF buttons and volume buttons and the fingerprint scanner is most likely embedded in the Power button. At the bottom we find an USB-C connector, a microphone and a speaker. The version with the cover display has a quite tiny screen with a diagonal of less than 2 inches I figure. A 108 megapixel camera is also thrown in by the source.

You can learn more about these concept phones here.

About Kelvin
Passionate about design, especially smartphones, gadgets and tablets. Blogging on this site since 2008 and discovering prototypes and trends before bigshot companies sometimes
BlackBerry Goes 5G and Buttonless In This Latest Concept   iPhone 13 Pro and Pro Max Concept Video Based on Latest Rumors