The folks of JoyStudios showed me a new iPhone 5 concept, that runs iOS 6.0 and is based on a design that follows the recent rumors about the handset. As you can see, this iPhone is more rounded and longer than the previous one and its metal frame seems to be more pronounced. 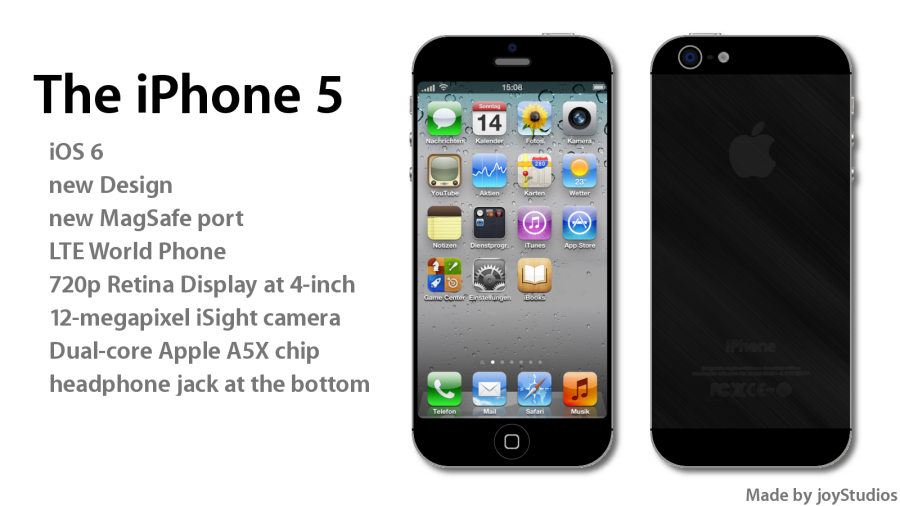 The device comes with a new MagSafe port, LTE connectivity that makes it a world phone and a 720p 4 inch Retina Display. It also has a 12 megapixel iSight camera at the back and inside there’s a dual core Apple A5X chip. The headphone jack has been moved at the bottom, just like the rumors are saying right now. Other than that I can’t seem to spot any changes in UI and there’s no trace of the rumored Apple iMaps preinstalled here. Anyway we’ll get a piece of the puzzle sorted out on Monday, June 11th, when WWDC 2012 kicks off.

Apple is rumored to be previewing iOS 6.0 on this occasion and maybe even the iPad Mini or iPhone 5. Will it look anything like this concept? What do you think? 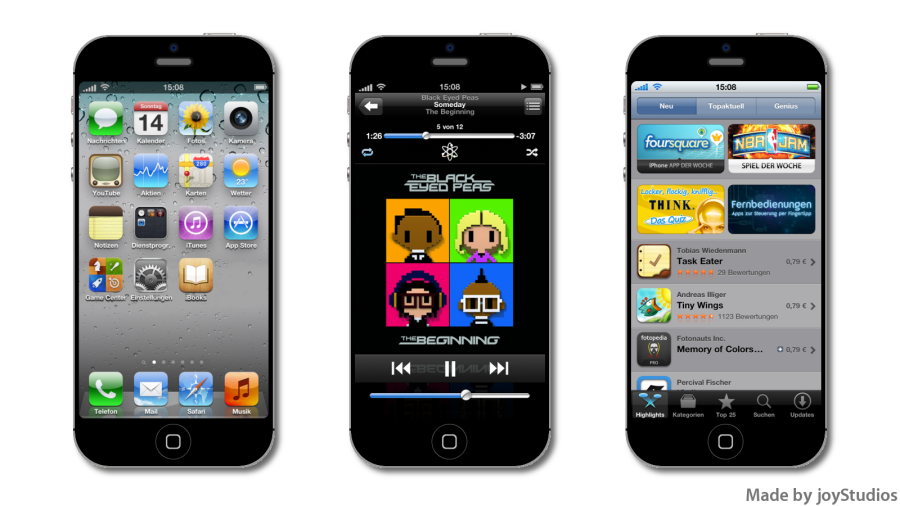 About Thrystan
Two New Phone Teasers: LG Surprise Concept and TPM Cobalt!   Beautiful Facebook Phone Mockup Gets a Big “Like” From Us