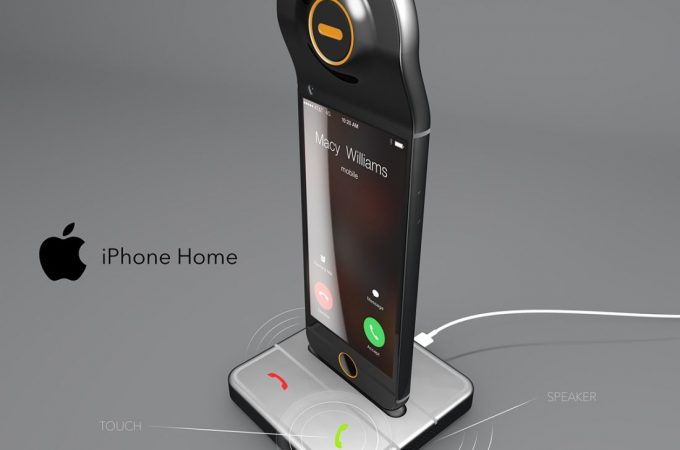 Steve Wozniak is the kind of person who likes to try out funky new gadgets and he’s actually one of the few Apple guys who doesn’t hide the fact that he’s also using tech from rival companies. Somehow I envision him using the following fixed phone, an Apple concept created by Erkan Candar from Germany. 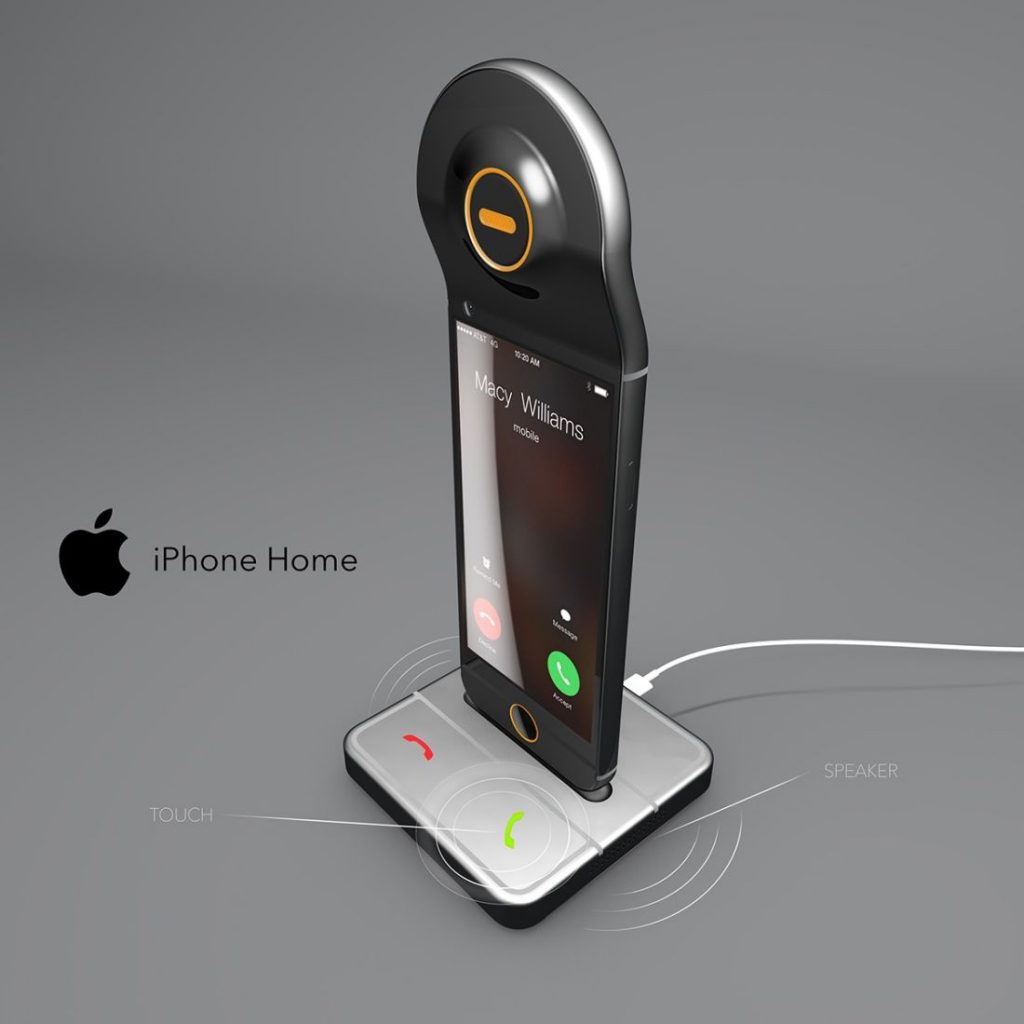 It’s supposed to be a home phone, or office phone or your run of the mill fixed phone, that has all the goodness of the iPhone, but in a more… unmovable format. At its core it feels like an iPhone that receives a deformed alien head at the top. It feels like a shower head had a baby with a modern fixed phone and there’s nothing wrong with that. Experiments are always welcome on our site!

Dubbed the iPhone Home, the handset keeps the nifty screen of the iPhone, but adds the huge earpiece at the top and a base that’s used to charge the phone and possibly transmit data to it. The base also has its own call and reject call buttons and a big speaker included. There’s even a camera at the top of the receiver part and I’m guessing there’s also some videocalling cam somewhere for Full HD or why not Ultra HD videocalls, right?

This would cost $1000 and Wall Street tycoons would probably still buy it by the thousands. 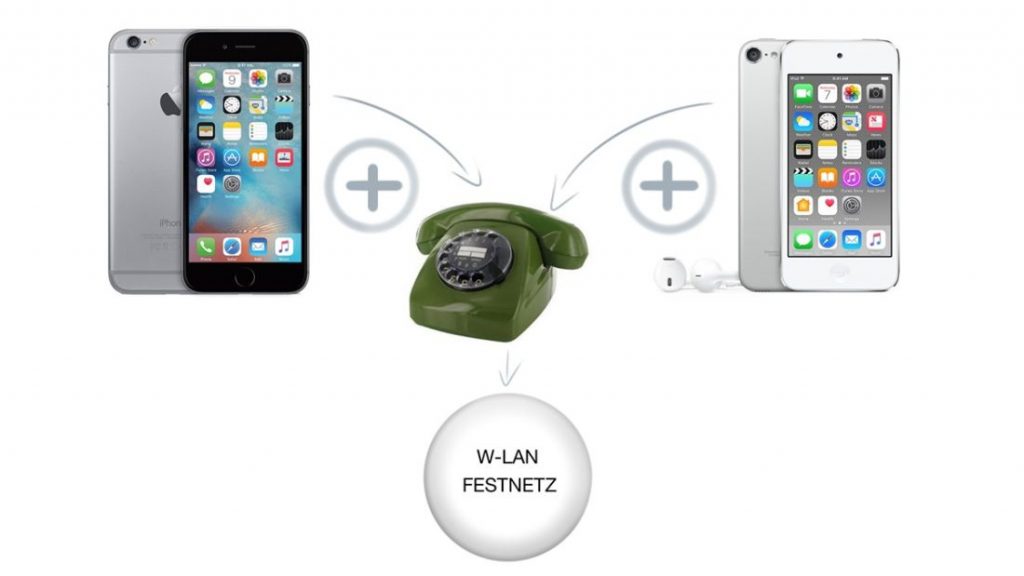 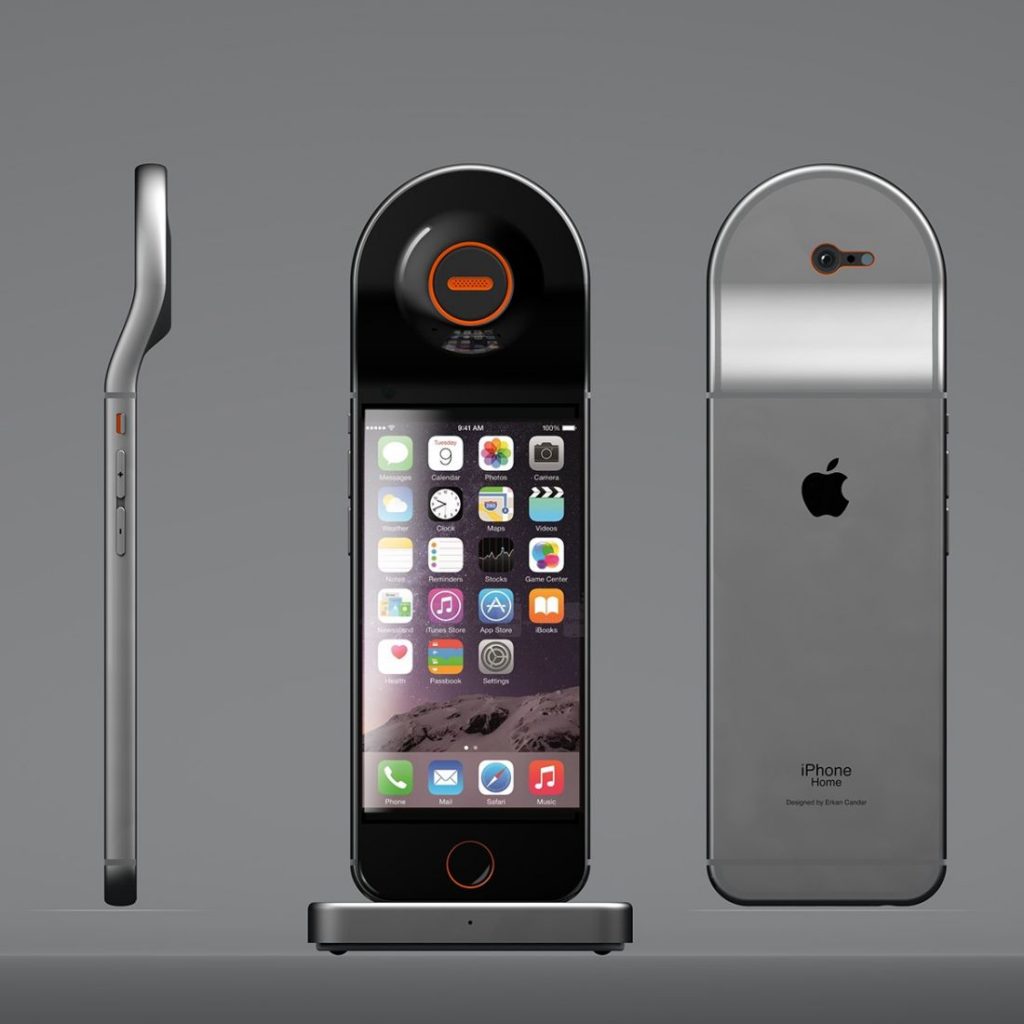