iPhone SE 3 is Here, Inspired by the iPhone 5 (Concept Video) 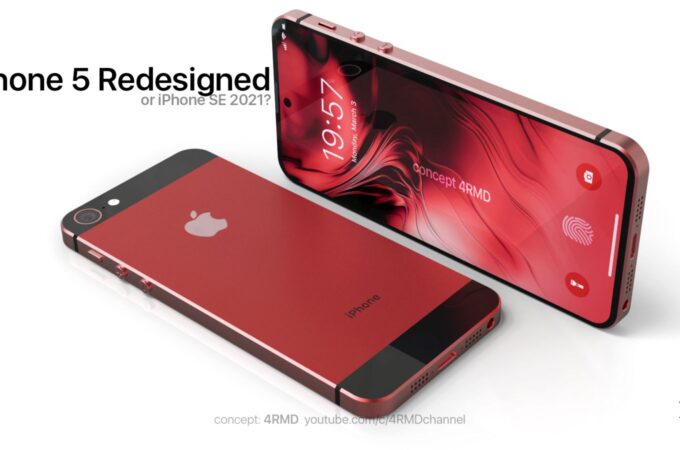 On paper this is the time of the year when we get a new iPhone or iPad, perhaps an Apple Watch. Well, there’s no sign of one, although some leaks are pointing toward an Apple event this month. Till that comes, we get to catch a glimpse of the iPhone SE 3, as rendered by designer 4RMD.

He has a video for us as well, so be sure to keep reading. The device is inspired by the iPhone 5, actually it’s nicknamed “iPhone 5 2021”. It channels the design of the classic device, that spurred the move to 64 bit CPUs. That would happen on iPhone 5S a year later though. The new handset is a remake, the likes of which we’re seeing a lot in the gaming industry. The device keeps the same body, dimensions and design as the 2012 iPhone, but now with a full front edge to edge screen.

It’s got a 5 inch Infinity O Super Retina XDR OLED display. There’s a punch hole for the 12 MP selfie camera and also a Touch ID sensor integrated in the screen. A t the back we find a singular 12 MP F/1.6 wide camera which advanced Portrait taking features. There’s even the audio jack here and an improved battery. The Apple A14 CPU is borrowed from the iPhone 12 series. iPhone 5R is also a name that’s being thrown around by the designer. The device is shown in gold, rose gold, red and black, plus silver.

This actually sounds better than the iPhone 12 Mini, if the battery is on point.