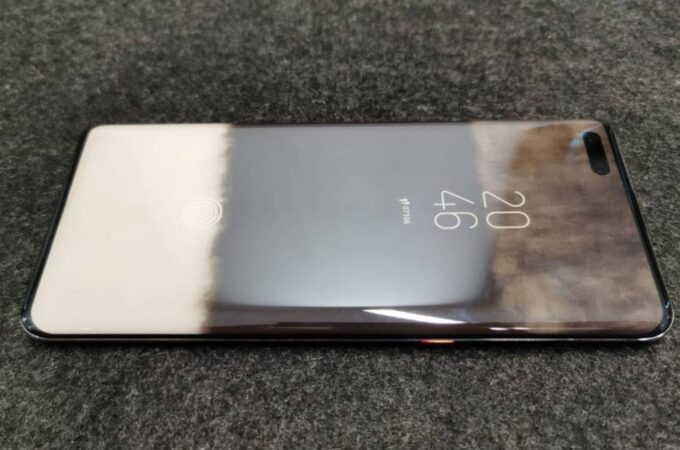 Huawei P50 has leaked about half a dozen times and we’re pretty much settled on the idea that it’s going to feature a figure 8 camera. Each circle pertaining to the 8 is going to include 2 sensors apparently. Well the past 24 hours flipped the whole game, showing off a brand new Huawei P50 prototype, with an entirely different camera design.

OK so first of all, the dual and large punch hole is back, in spite of having been shown as a mere single hole by previous leaks. Also the screen is much more curved on the sides than expected. It even gets close to the direction that Huawei Mate 30 Pro went to. Second, the main camera is shown in a similar manner to the Mate 30 Pro one, but now moved to the side, almost to the corner of the device, like Samsung has been doing on its S21 models. We also see a weirdly applied external circle around the camera, which doesn’t quite make sense.

The back of the Huawei P50 also has rounded bezels. The outer circle of the camera seems to catch the light in a sexy manner, much a rainbow of sorts. The camera doesn’t seem to protrude much and I can’t quite spot a periscope telephoto camera to be honest. Keen eyes have noticed that the clock style on the lockscreen is the one used on Android 7 and 8, on Samsung devices, so it doesn’t make sense. This one has fake written all over it. However, one source claims that it may in fact end up being the Huawei P50 Lite, a theory we didn’t take into account.

About Kelvin
Passionate about design, especially smartphones, gadgets and tablets. Blogging on this site since 2008 and discovering prototypes and trends before bigshot companies sometimes
iPhone SE 3 is Here, Inspired by the iPhone 5 (Concept Video)   Samsung Galaxy Tab Foldable Tablet Pops Up in Patent and Renders