iPhone Slide Pro Brings Back the Sliding Second Screen; Do We Need It? 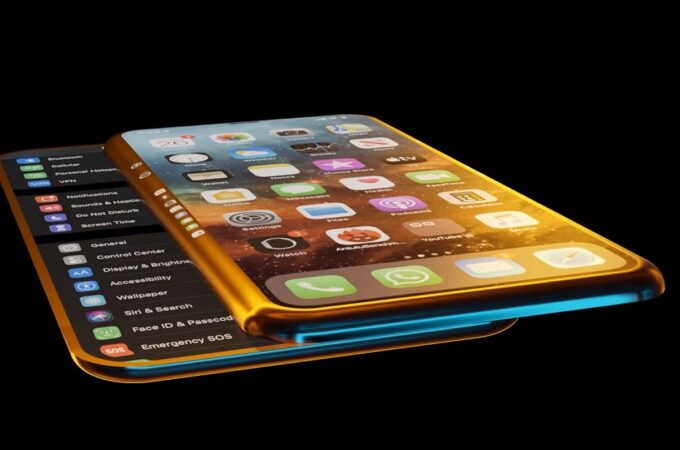 10 years ago lots of people were craving for the days of the Nokia Communications, sliding keyboards and all that. Over the past half a decade that totally went away and all sliders were met with a “whatever” attitude. I think that last big slider was the Xiaomi Mi Mix 3, which killed the segment. Now the iPhone gets one as a concept courtesy of #iOS Beta News.

His concept is called iPhone Slide Pro and with a series of dizzying frames shown in the video below we get to meet the newcomer. The iPhone Slide Pro is shown here in an interesting shade of gold, closer to brown, so let’s call it “copper”. By the way, The Galaxy Note 20 is also rumored to come in that hue. Another piece of novelty is the “side screen”, the curved piece of the display that shows app shortcuts and notifications, plus virtual volume buttons.

It’s like an extra side screen basically. In spite of the fact that we have another sliding screen below the main one, the phone is not thick. That second display aids with multitasking, communicating with people during gaming or video watching, commenting on live streams and more. Productivity is also aided, as you can watch a presentation and write an email at the same time. The whole sliding mechanism feels a bit fragile and I haven’t figured out if there’s a hole or a “pull” that lets you open up the sliding part…

This needs a bit more refinement. By the way , I noticed the quad camera with LiDAR which may actually happen this year. Honestly, I think a regular foldable is more likely.