iWatch Design Created by James Ivaldi is All Metal

The Apple iWatch concept created by James Jivaldi is based on a flexible interface and what looks like a metallic case. The device dedicates a part of its upper side to a screen that’s probably 1.5 inch in diagonal and also includes a special time showing area. 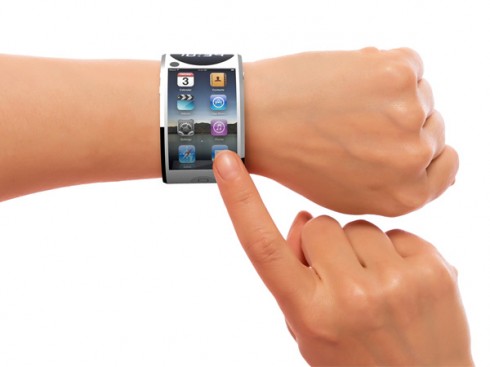 The device’s look is rather sci-fi and a bit fragile, if you ask me, especially if it relies heavily on glass and metal. The idea would be to make the Apple watch as light as possible, so it would have to be made using a flexible material of sorts, maybe something organic? This is more of a high tech bracelet, rather than your average watch…

We’ve got a front camera included, a metal band that you press to open the latch and dual screens incorporated into the bracelet. There’s even a small speaker included and the curved screen is a touchscreen that may or may not be flexible. The lower area of the iWatch is made of elastic/bending fiber, while the upper one feels like metal and glass. Would you buy this?