Martin Hajek is Back, with a White iPhone 8 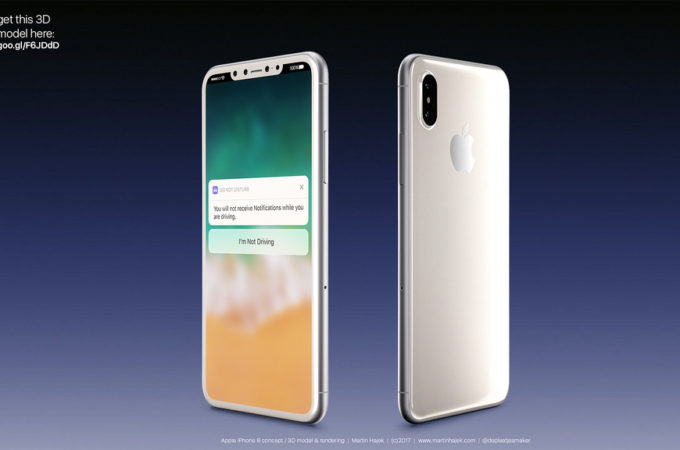 In case you’ve been wondering why the iPhone 8 hasn’t appeared in white more till now, it’s because this colour is not at all flattering for the newcomer. That’s why we usually see it in black. Well, designer Martin Hajek, who hasn’t rendered an iPhone or iPad in a while now is back and he dared to go white. 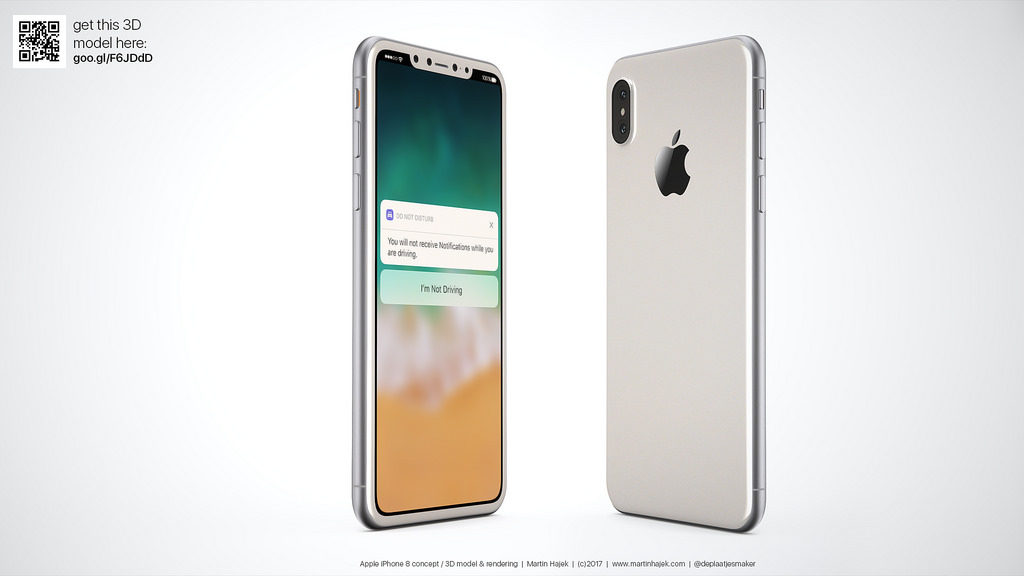 The result is the iPhone 8 you can see rendered here, following the lines of the Benjamin Geskin designs and those of the latest leaks. The problem with the white iPhone 8 is that it feels as if it features a sort of fat bumper case. The dual back camera also seems to protrude more than usual, if you ask me, but it may be an optical illusion. The bad thing is that even in spite of those ultra narrow bezels, the device still seems to have a sort of “fat outer bezels”. 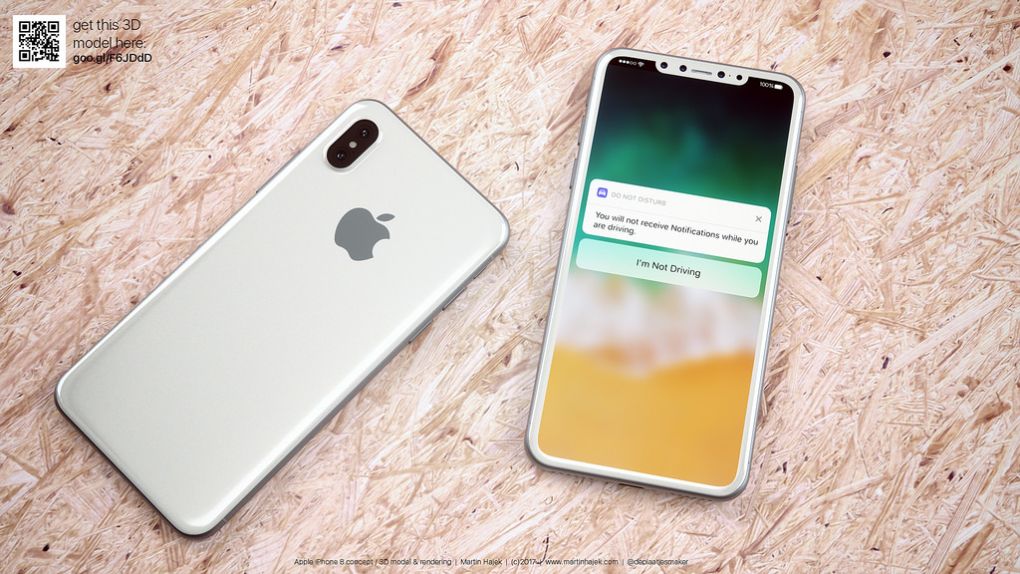 This white iPhone concept goes to show how important the hue is in order to change perspective. In this color choice, even the material of the back seems dubious. Thus, in spite of the fact it’s probably glass, it feels like plastic or metal. Also I am the only one who thinks that flanking the earpiece area with bits of the screen is weird?

It feels like Apple wanted to implement a second screen but changed its mind halfway through the process. Not contesting Martin Hajek’s talent by any means, but it’s Apple that may have this recipe wrong. 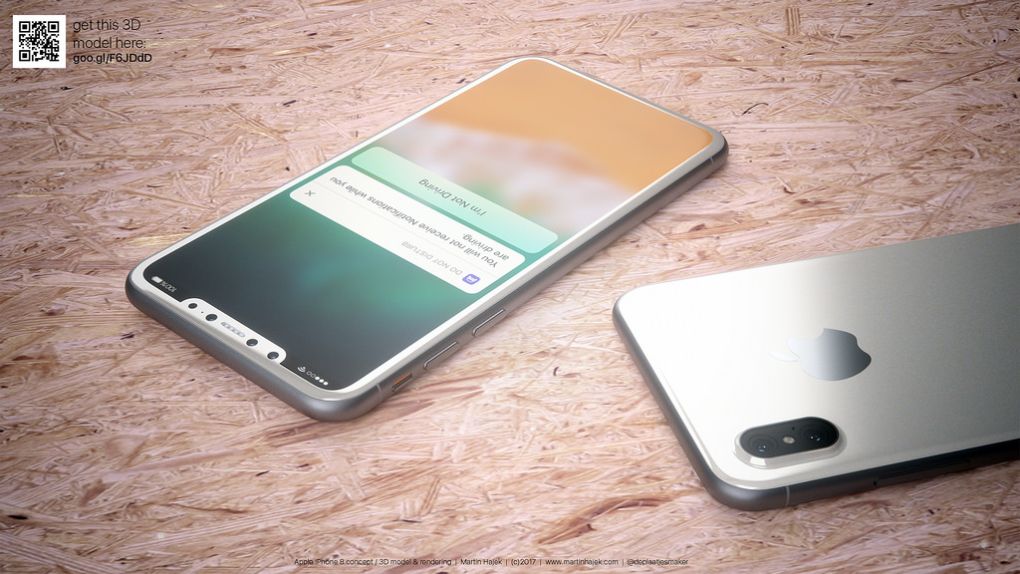 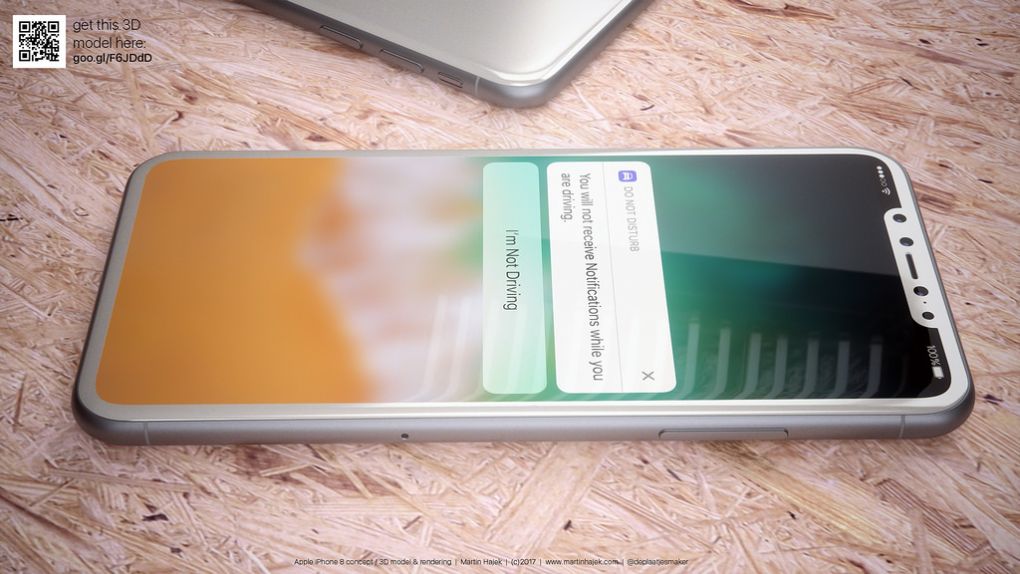 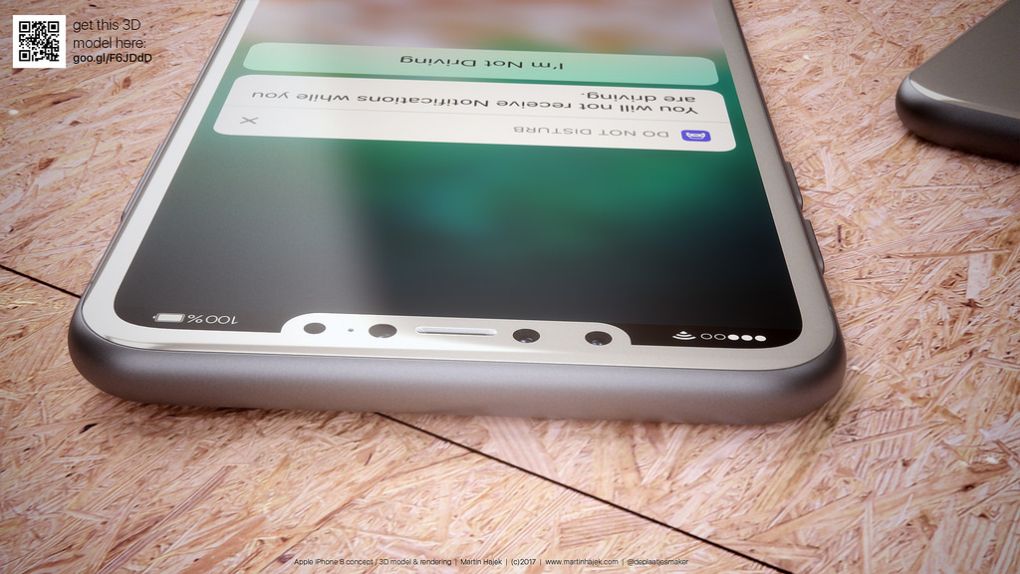 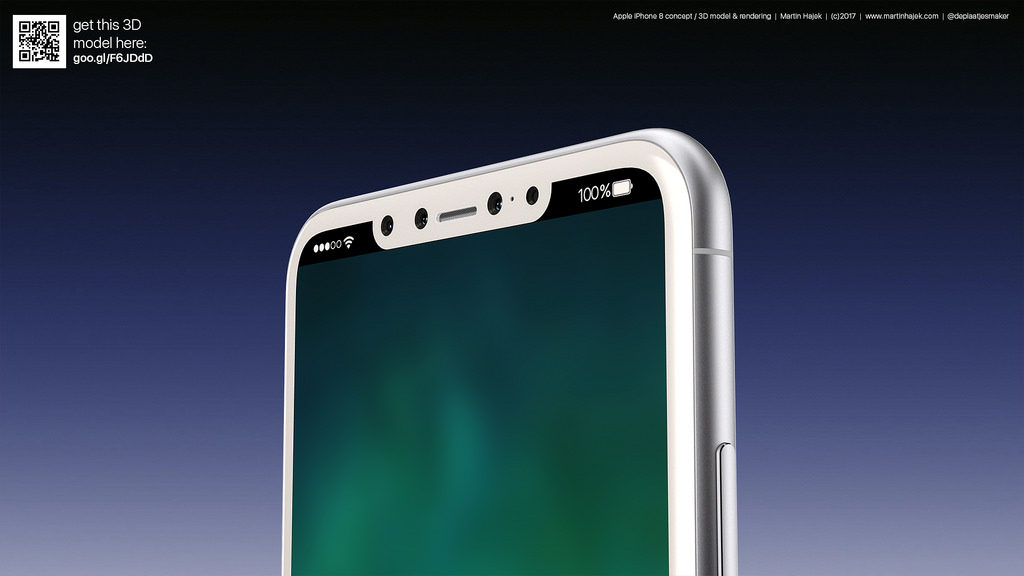 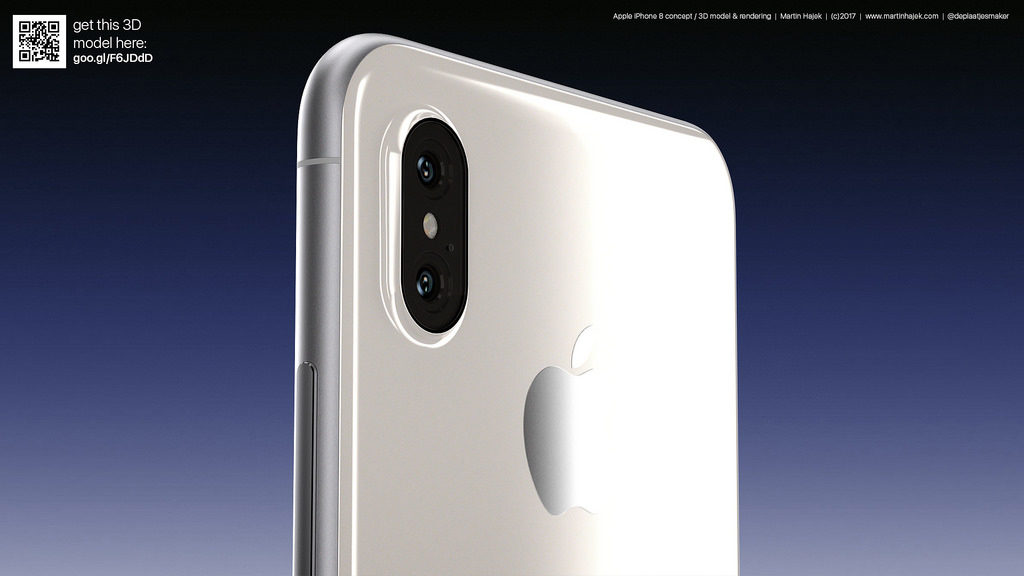 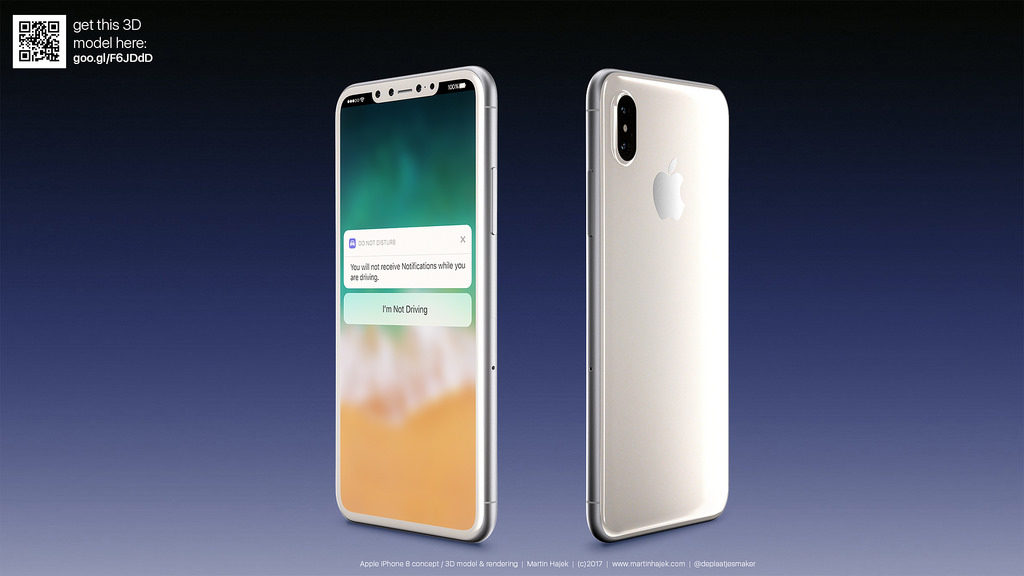