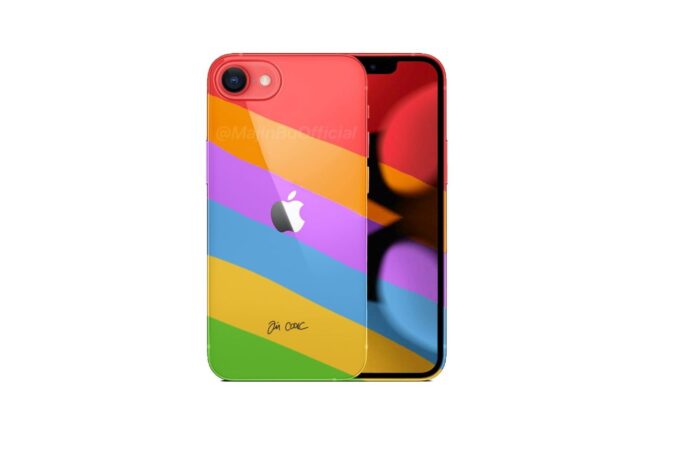 We’re 2 days away from the big Apple iPhone 13 event and there’s another iPhone that people are talking about. It’s the iPhone SE 3, which is poised to be the cheapest 5G iPhone and it has just leaked in concept renders done by Twitter user Majin Bu.

Apple has held back from launching an iPhone SE this year, but they may get back to it in 2022. Rumors talk about the iPhone SE 3 being powered by an Apple A14 Bionic processor and the design being familiar yet again. According to Apple analyst Ming-Chi Kuo, the iPhone SE 3 will be a 5G phone that’s even cheaper than the iPhone 12 Mini or 13 Mini.

These concept renders seem to show us a device that looks more like the iPhone XR, but with a slightly modified camera module, taking inspiration from the iPhone 12 series. A wide variety of colors are used used, like red, orange, green, yellow, blue, purple and there’s even a rainbow colored Tim Cook version, to celebrate his 10 years as Apple CEO. The designer also made dual color versions of the phone, with a darker shade for half of the back panel and a lighter one for the other half.

The notch is the same size as the iPhone XR and iPhone 11 one and the button positioning is the same.

About Kelvin
Passionate about design, especially smartphones, gadgets and tablets. Blogging on this site since 2008 and discovering prototypes and trends before bigshot companies sometimes
All New iPad Mini 6 Concept Trailer Is Here   The Best Mobile Game Genres of 2021