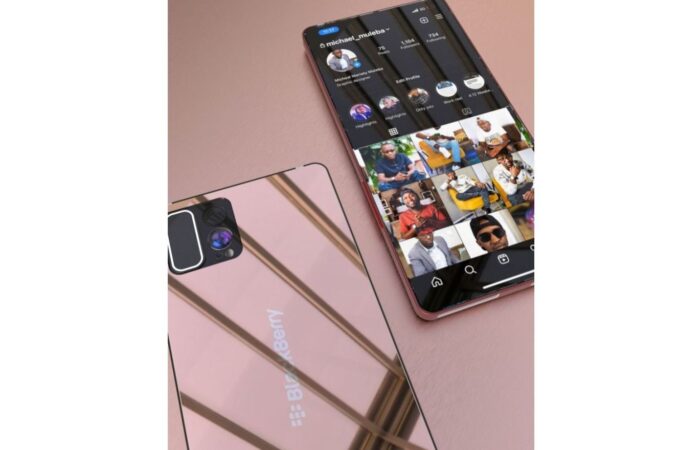 BlackBerry seemed to spring back to life about a month ago, when rumors about its re-emergence appeared online. We even caught wind of a render or two, keyboard included and now designer Michael Muleba is showing us his vision for a 2021 BlackBerry phone. It’s called BlackBerry Z3 and it has a projector.

The BlackBerry Z3 concept brings a projector mounted into the camera and also a selfie camera hidden under the screen. The device uses AirWave charging and wireless charging, requiring no more connectors or ports. The design feels pretty angular and robust, something like a cross between an Xperia and an iPhone, I’d say. Bezels are very minimal and the flat sides feel like a throwback towards an iPhone. It’s interesting to me that the designer decided to make this concept about the projector and camera, instead of the productivity features.

We also see what appear to be two massive speakers at the bottom and no port whatsoever. Let me be clear: if the iPhone 13 goes portless, everybody will adopt that approach. A projector on a phone however sounds like a bad idea, because batteries are being drained as it is, by 5G, 120 Hz screens and CPUs like the power hungry Snapdragon 888. Projectors would decrease battery life greatly, I feel. Still, it makes for a good fantasy design. Also, I feel BlackBerry would go with a matte no glossy back in 2021.