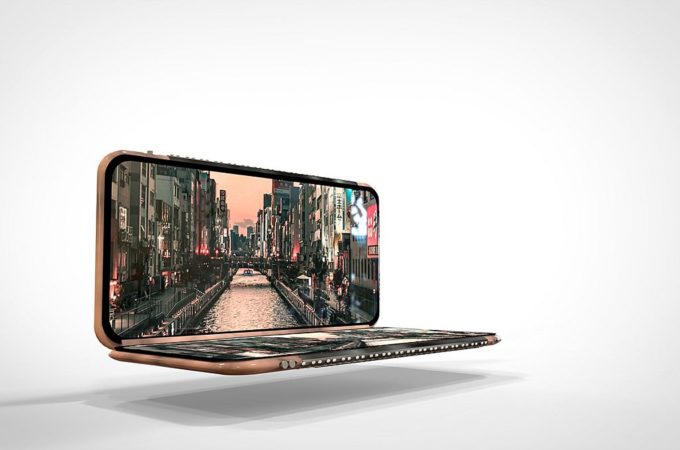 When it comes to foldable devices, if you really draw the line and look into it, you’ll find that we’ve seen more patents than concepts over the past few years. This means that something is brewing for sure. This is the creation of Samar Marzouk and it was made using Rhinoceros and Keyshot. 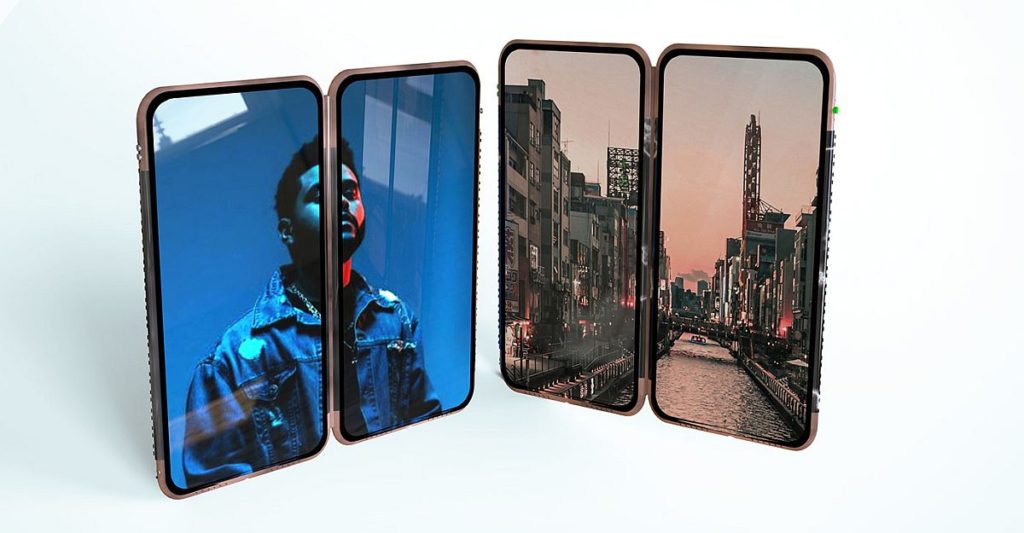 The concept goes like this: let’s combine a tablet, smartphone and laptop into one. The result is a dual screen smartphone, with very discrete hinge. Arvow actually has three screens, according to the designer. So, there’s a screen on the exterior, one on the interior and the one that mirrors the interior one. The device is also shown in tent mode and makes uses of more metal than the current glass obsessed handsets. 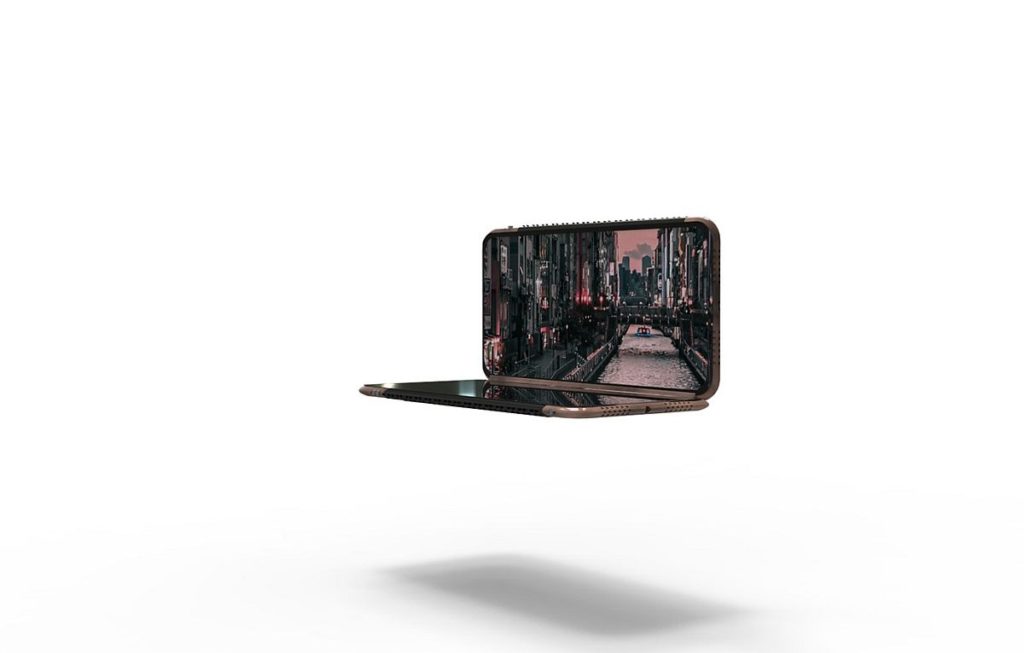 While I did say the hinge is discrete when trying to use two screens as one, you’ll clearly see the separation between them, so the image is not seamless. Color customization is also on the table and I also see some sort of special stones/dots on the side, either for cosmetic role or for the sake of grip. One would even think they’re made for Braille input of sorts. 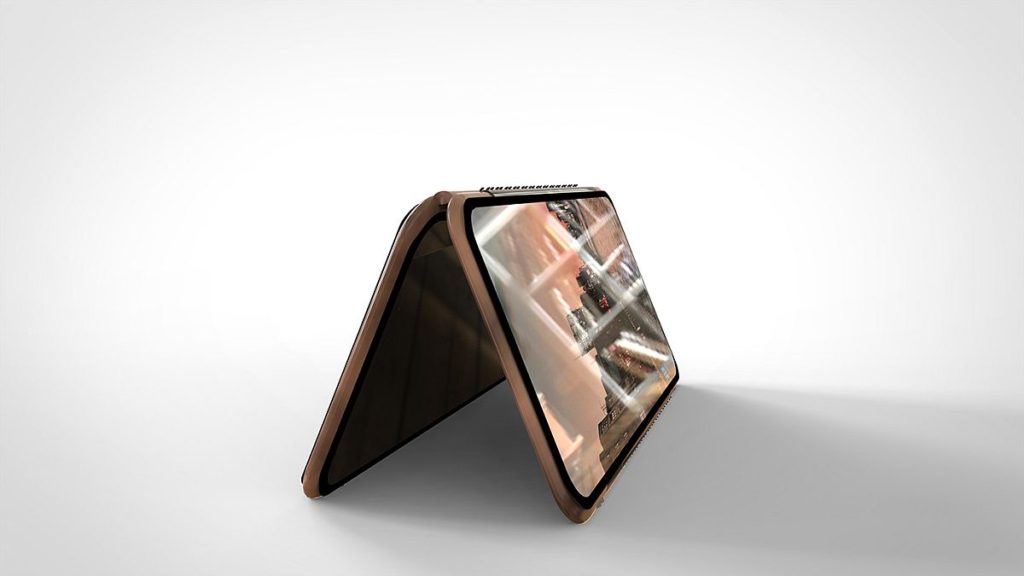 The idea of a Home button is replaced with an invisible button, that integrates the fingerprint scanner. Another modern approach is hiding the front camera lens under the screen and of course, in laptop mode you can use one display as a screen and the other as a keyboard. My biggest mystery is the use of those side dots/precious stones looking thingies.

Bedazling or simply useful? A part of me thinks that this concept could end up as a Sony Arwow for some reason. Maybe because of some minor mini Vaio throwback? 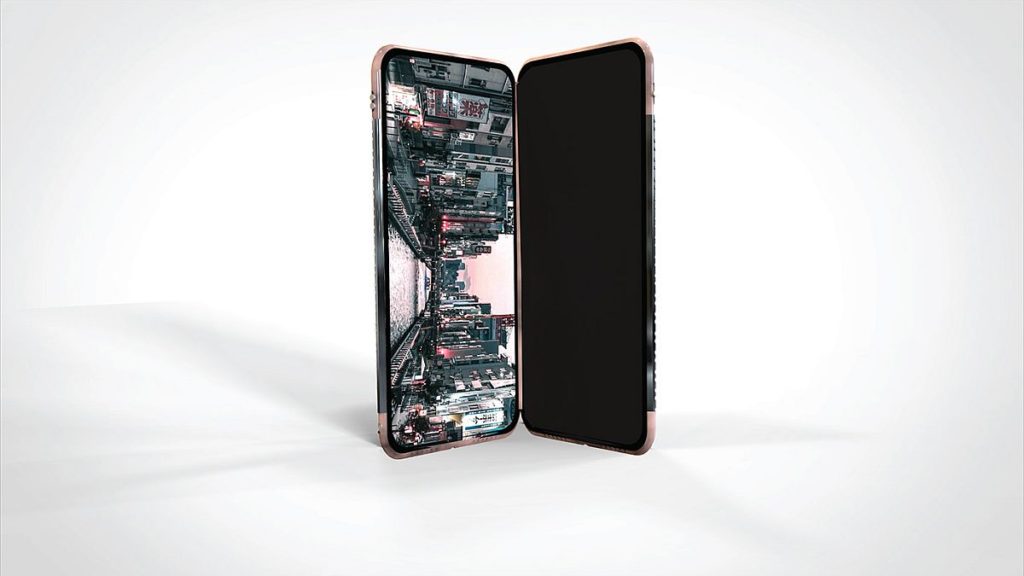 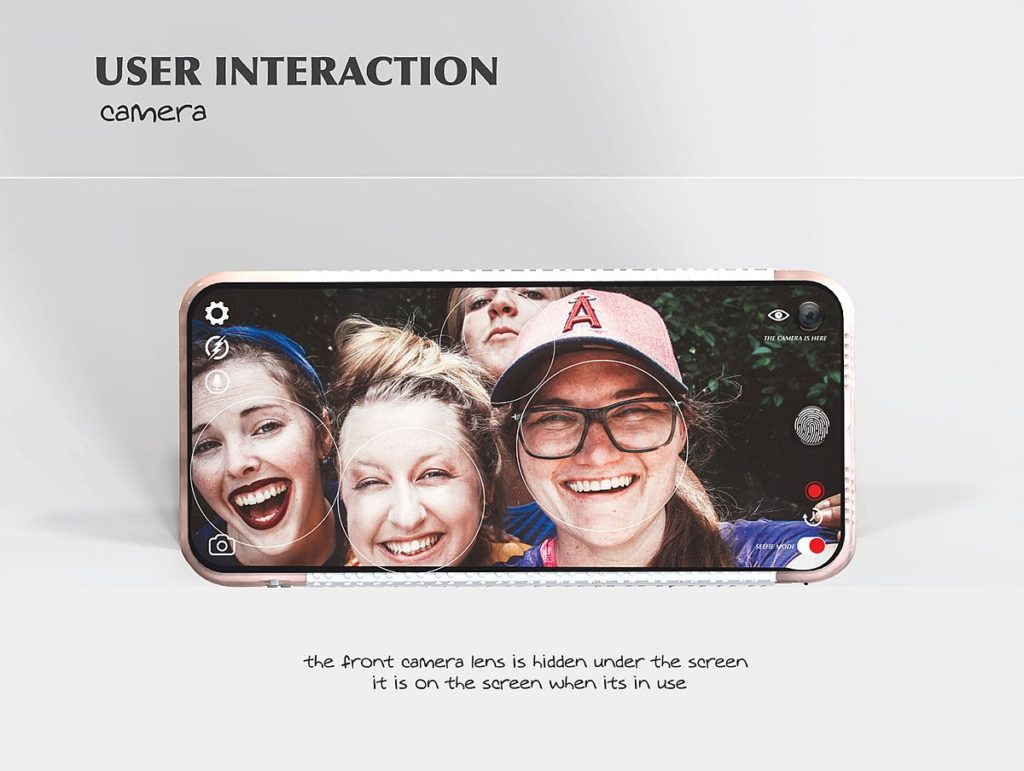 About Kelvin
Passionate about design, especially smartphones, gadgets and tablets. Blogging on this site since 2008 and discovering prototypes and trends before bigshot companies sometimes
ASUS ROG Phone 2.0 Gets a Teaser Already (Video)   OnePlus 6T Gets Pop Out Front Camera, Triple Back Camera