Everybody is talking about drones today, well maybe a bit less than they did a few years ago, but still they’re a big deal. The Drone Phone concept shown below is meant for the fans of the quadrocopters and other such machines. 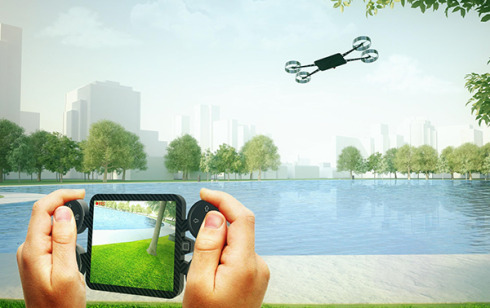 This model was created by designers Joe Sardo and Frederico Bruni. This smartphone makes the interactive remote flying of a drone more intuitive. It does that by shaping up the concept phone like a drone, as shown here. The square-ish device gets 4 extensions, used to control the height, speed and direction of the quadrocopter, as well as monitor battery life. 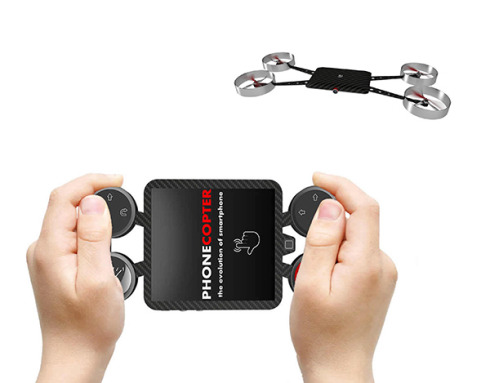 There’s a built in camera on the drone, with a feed being sent straight to the Drone Phone. The buttons on the sides of the phone seem to be similar to the ones of a PlayStation joystick, if you ask me. One may say that this device is a bit useless, because an app can do what it does, with virtual controls. In the end, it’s a sort of a gimmick, that makes it a cuter joystick basically.

The thing is that you can’t avoid buying it, since it’s bundled with the drone. 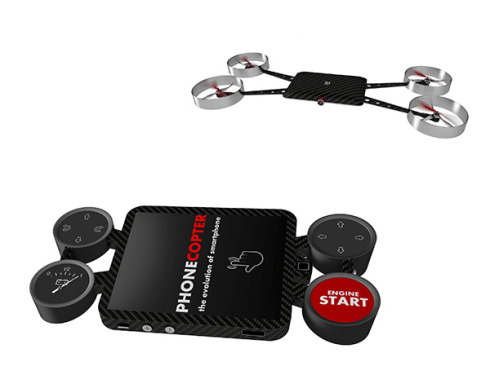 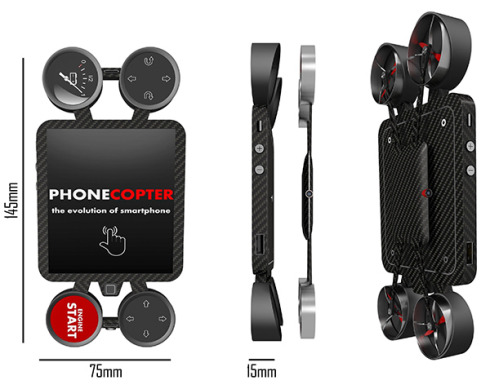 About Kelvin
Passionate about design, especially smartphones, gadgets and tablets. Blogging on this site since 2008 and discovering prototypes and trends before bigshot companies sometimes
OnePlus Two Rendered and Specced by OnePlus Enthusiast   iPad Air 3 Design Proposed by Rishi Ramesh; Feels Like a Bigger LG Vu!