90% of the times when I see a foldable phone patent, it feels very backwards or antiquated. Every once in a while a realistic one comes along and Samsung’s latest such patents seemed more pragmatic. And now I’ve come across a foldable phone concept that fits perfectly with Samsung’s vision. It’s the creation of Chesky Wong and it’s shown below. 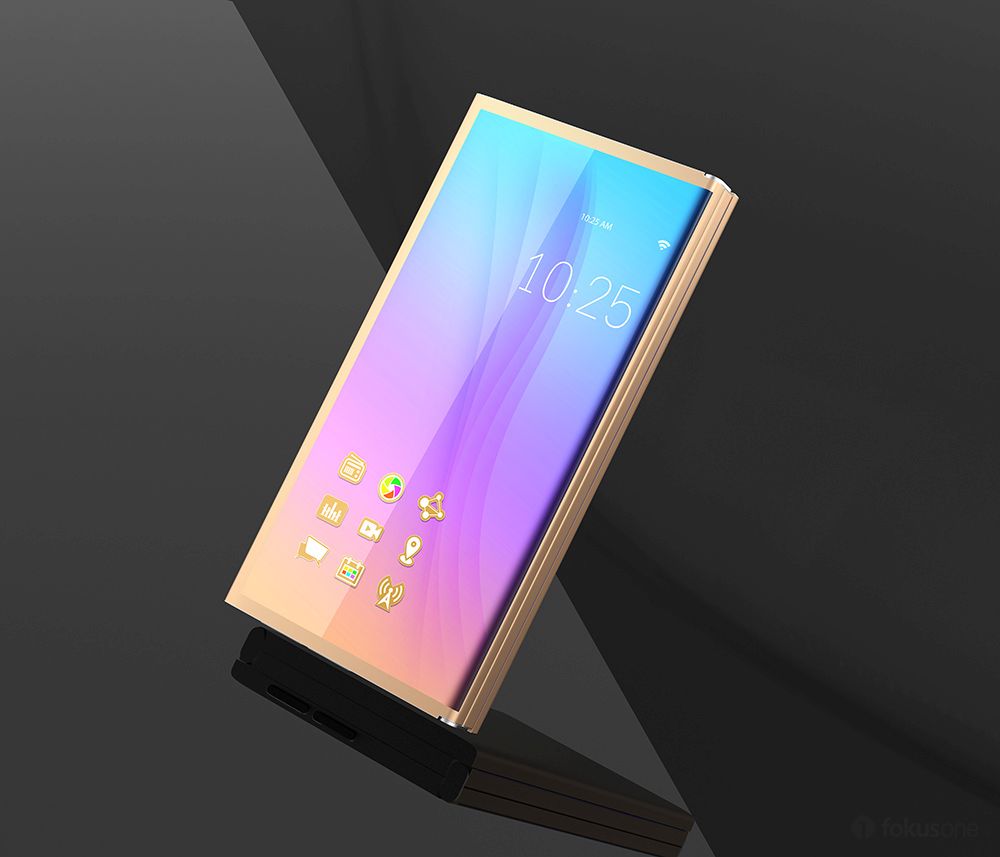 First of all I hope that the Japanese designer isn’t upset we’re showing off his concept here, since it’s a personal project. Created using Photoshop, the device unfolds to triple the screen estate of the OG smartphone, becoming a tablet and if I were to guess I’d say it’s a 10 inch tablet. The hinges are quite visible, which is something that future generations of foldable units should get rid of. 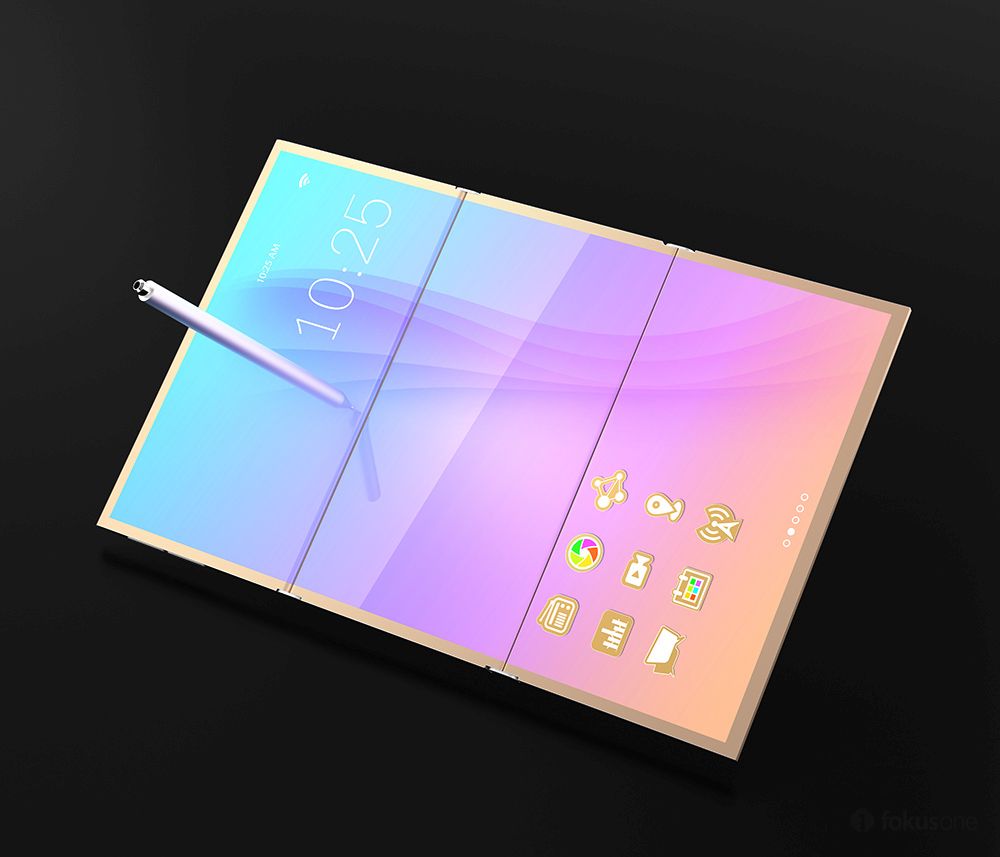 Once unfolded and operating in tandem with a keyboard, the handset may well replace a PC. When folded, the smartphone is pretty thick, but that’s the price first gen models usually pay when experimenting. Maybe a dual screen approach would’ve been better and I don’t even want to think about the battery life. Somehow I also dig the stylus that the designer envisioned here, it’s just simple. 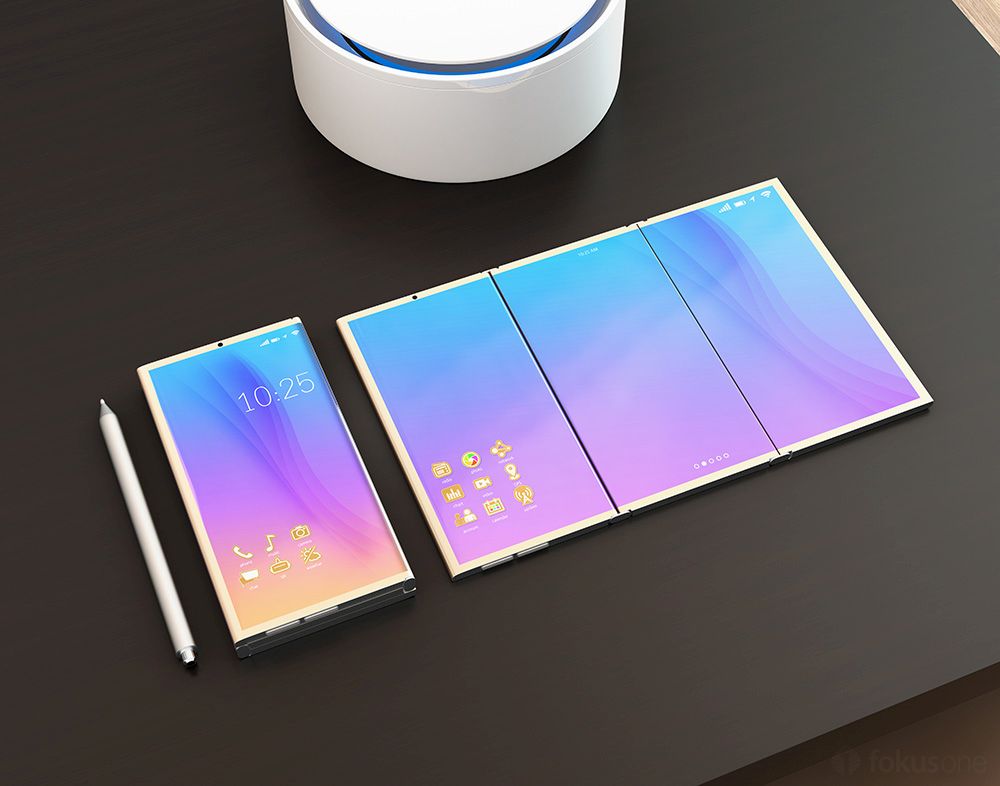 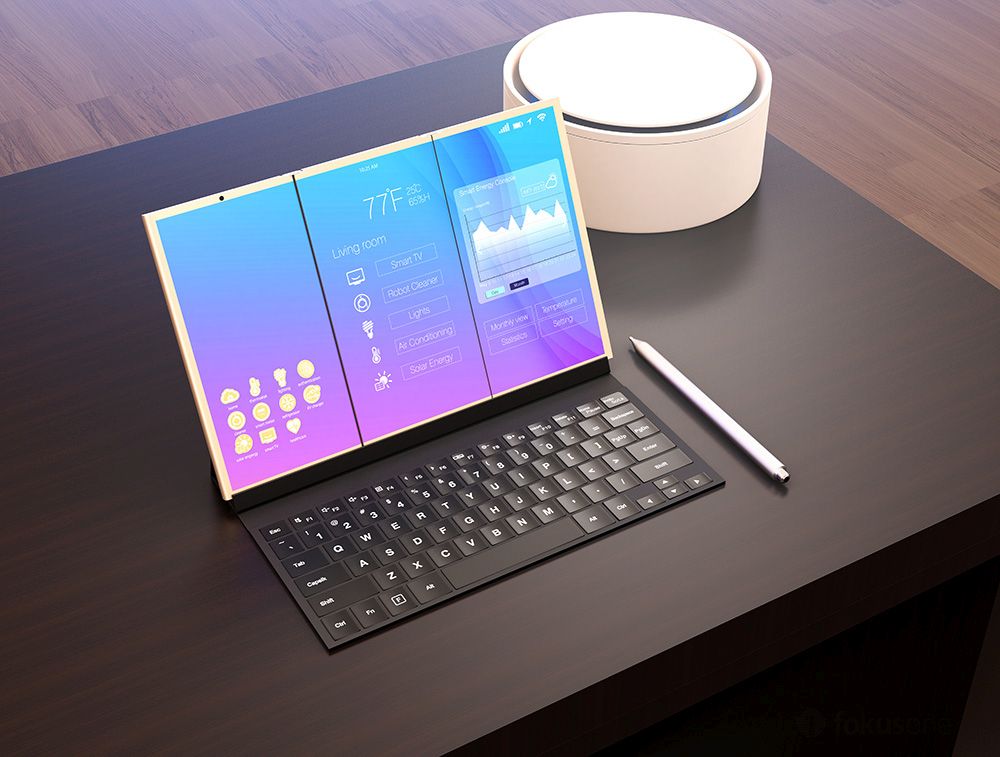 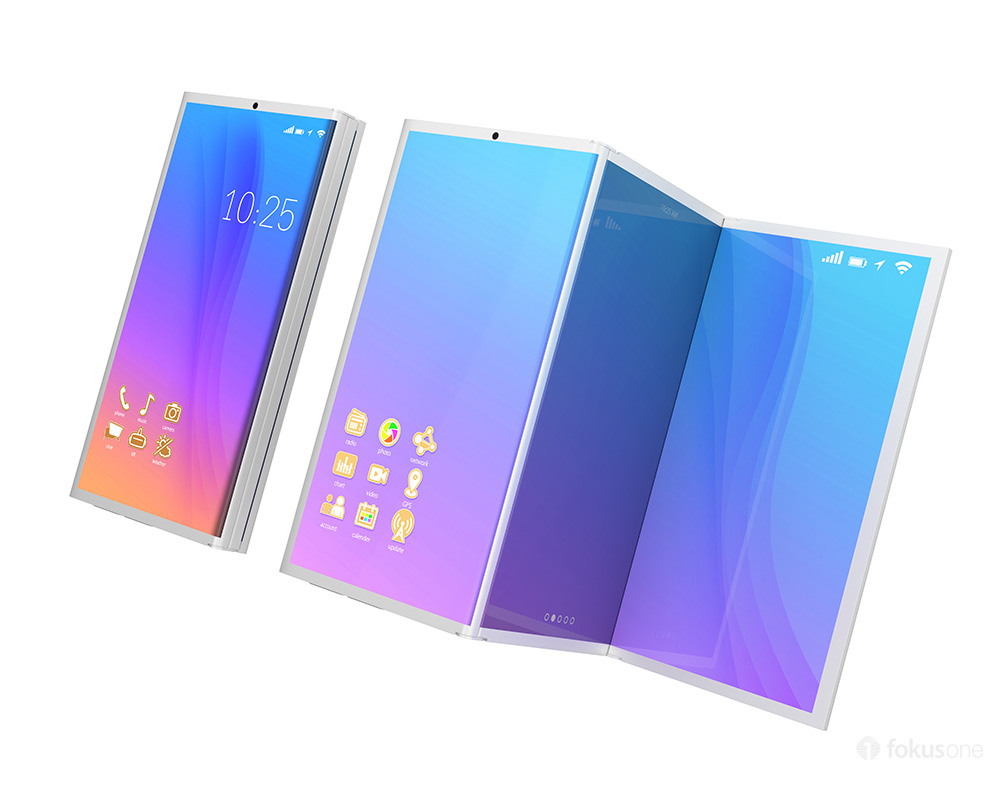 About Kelvin
Passionate about design, especially smartphones, gadgets and tablets. Blogging on this site since 2008 and discovering prototypes and trends before bigshot companies sometimes
Andrew Fox iPhone 8 Concept Gets Updated Following Leaks   So Samsung Galaxy S8 Has Moved Its Flash and Pulse Scanner; Leaked Case Hints at That!