Remember Microsoft’s Project Natal product, designed to work with the Xbox 360? Apparently, a similar interface was developed for mobile phones, courtesy of the University of Tokyo, that created a system allowing the user to interact with a handset by waving his finger around. 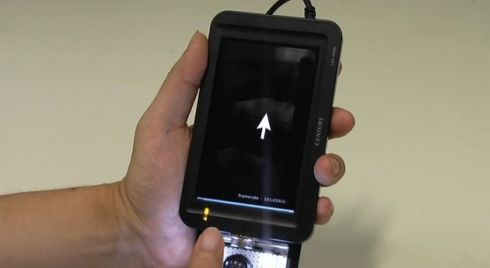 The folks of the Ishikawa-Komuro Lab have incorporated a high frame rate camera into the device, with the ability of tracking the motion of a finger and recognise input gestures. The video below shows the concept behind this new input system, a touchless interface allowing users to type, browse, draw and much more.