Nexus 5 Concept Challenges the Galaxy S4 to a Duel

Derek Kopet envisioned the Nexus 5 smartphone and although he mentioned no maker of the device, the handset looks great. We’re dealing with a phone that doesn’t stray that much from the design of the predecessor, but it also adds some pleasant extras, like the edge to edge display. 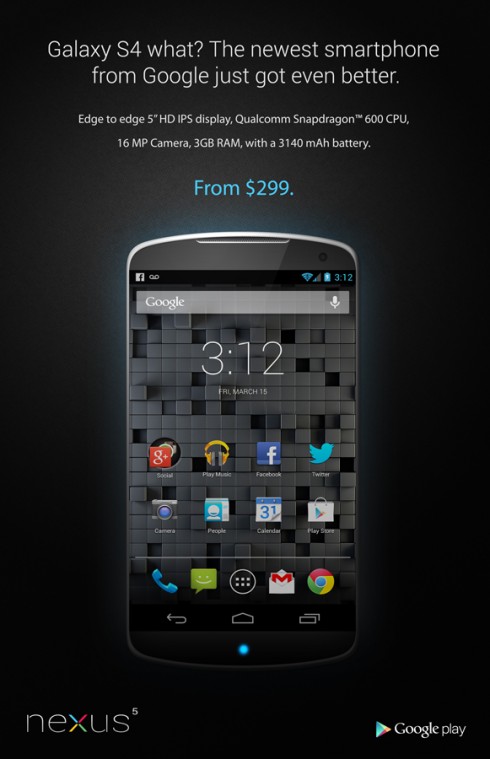 The Nexus 5 you see here is aimed at being a Galaxy S4 challenger ad it packs a 5 inch HD IPS display (probably Full HD, not just HD) and a Qualcomm Snapdragon 600 processor. At the back there’s a 16 megapixel camera, which I find odd, since Nexus phones never excelled in the camera area. There are also 3 GB of RAM on board and a 3140 mAh battery, that’s very, very impressive for a phone, even for a DROID RAZR MAXX.

The price tag listed here is $299, as the designer claims and the debut date is mentioned as May at Google I/O 2013 or June. As you can see, the notification light is placed at the bottom, below the virtual Android keys, just like on the Nexus 4.