Nexus 6 Render Feels Familiar, Reminds Me of Nexus 4 a Bit

The folks of Nexus6us.com have come up with a render of the Nexus 6, the supposed flagship smartphone of 2014. This device is merely a rumor, since there are speculations that Google may give up on the Nexus series soon. 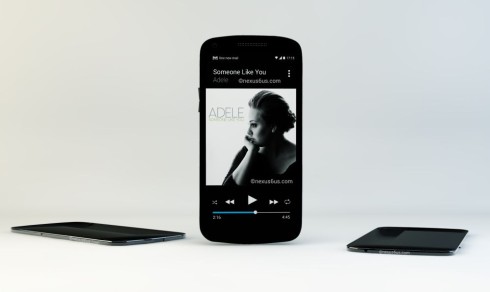 The render we’ve got here is pretty basic with a facade that’s rounded at the top and bottom and a profile that’s very slim. The handset seems to use a metallic case, which would be unusual for a Nexus, since the devices were all plastic so far, with the odd exception of the Nexus 4 and its glass. I kept saying over the past years that Sony may deserve a shot at making a Nexus, but after seeing their latest Xperias, I’d go with HTC or Samsung this time.

I would also see a 10 or 13 megapixel camera on board, since we had 8 megapixel shooters for 2 years in a row now and also the latest generation of Qualcomm CPU. However, seeing Intel’s latest approach to Android, I’m not excluding some sort of Bay Trail brethren of the future. What do you make of this Google Nexus 6 phone concept?

About Kelvin
Passionate about design, especially smartphones, gadgets and tablets. Blogging on this site since 2008 and discovering prototypes and trends before bigshot companies sometimes
Domino Nexus Zero, the Next Step in Big Display Smartphones   Nexus 12 Tablet Gets 3D Render and Cool New Android 4.5 UI