E-paper is clearly the next technological step when it comes to screens and newspapers, but folding screens might just give birth to the next popular portable device. Ori-Ori Moshi-Moshi is such a device, developed by Antenna Design and considered a “super gadget for the year 2014”. 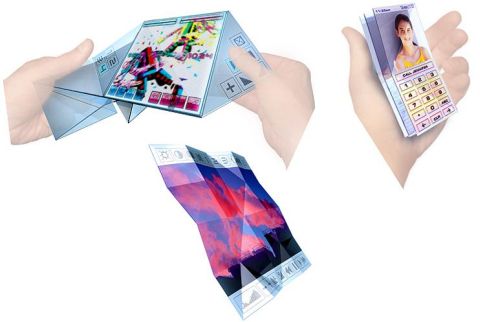 Ori-Ori Moshi-Moshi is inspired by the artistic origami practice and features a flexible OLED display plus gaming support, phone use and multimedia support. So we’ve got our future set now: Nokia Morph in 2010, Nokia Feel, Express and Share in 2012 and Ori-Ori Moshi-Moshi in 2014.