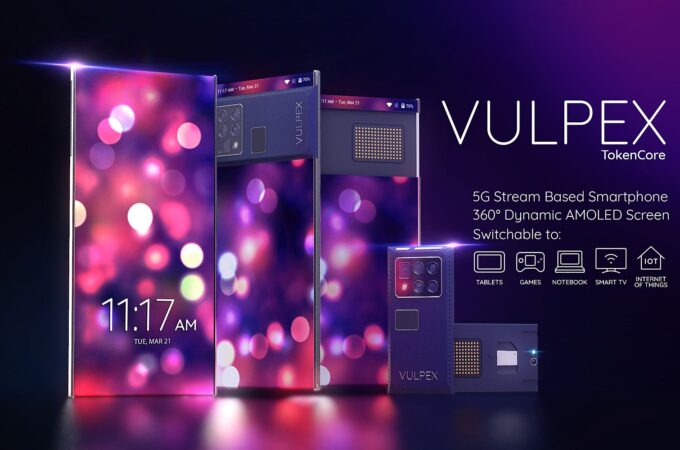 For a while there two things seemed to be just around the corner when it came to mobile devices: modularity and smart glasses. Both were big around 2011-2012 and both failed miserably, most people blaming Google for that. Now modularity is back, albeit as a concept, like the one below, dubbed Vulpex TokenCore.

First of all, Motorola and Project Ara, as well as Modu defined the modular smartphone era, even though they were met with failure, not success. I’ve heard about problems like magnetized parts falling off a device or modules simply being too expensive to be worth it in the long run. Designer Santiago Feijo has sent us his vision of a modular smartphone, dubbed Vulpex TokenCore. It’s supposed to be a smartphone based on wireless streaming and 5G, with a 360 degree Dynamic AMOLED screen.

Apparently, the product is “switchable” to tablets, games, a notebook mode and a smart TV, plus Internet of Things. The design feels inspired by the Galaxy S20 Ultra somehow, although with a more edge to edge approach for the screen. From what I see the parts of the phone are swappable and include a 5 camera system that can be moved around. I the screen goes with the wraparound idea, continuing at the back and on the sides, much like the Xiaomi Mi Mix Alpha.

When someone tries to talk me into modular smartphones, I always come up with the same theory: it’s the big smartphone makers who don’t want it, since a successful modular phone would bankrupt them in the long run. Imagine people just buying components not the latest $1200 phone…

About Kelvin
Passionate about design, especially smartphones, gadgets and tablets. Blogging on this site since 2008 and discovering prototypes and trends before bigshot companies sometimes
iPhone 12 XDR Pro is the Wheel-Based Cheese Grater Nobody Asked For (Video)   iPhone 14 Gets a Rotating Screen in This New Set of Concept Designs