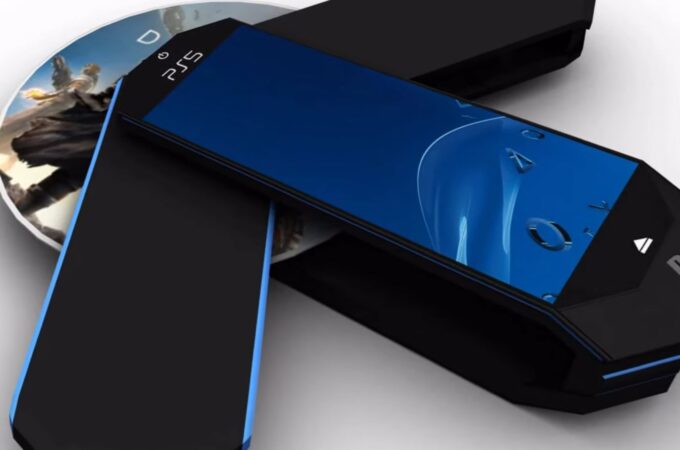 If there’s one thing I appreciate about concept phones, it’s the fact that the imagination of designers sometimes goes really crazy. Case in point, GSMaholic came up with a crazy design for the PS5, making it a PS5 Portable 5G. You can check it out below.

Nintendo Switch became a smashing hit over the past few years, confirming there’s still a chance for portable consoles. Nintendo also debuted an OLED version of the device recently and even Steam came out with the Steam Deck. Sony and Microsoft are the only ones left behind, sans portable devices. Sony may get back in the game, but only after figuring out what the public really wants.

The PS Vita was a bit of a flop, even though after a few years it gather some pretty nifty indie titles in its collection. Now back to the PS5 Portable 5G, this device is odd to say the least. It looks a bit like a spaceship and somehow even works with a Blu-Ray. Kevin Tan created the concept and shows us an elongated black device with blue lighting that expands via wings on the sides.

It has a screen on the exterior and the other two wings are used to hook up and play the Blu-Ray. We also get HDMI ports, USB ones, 5G connectivity and I’m really wondering about the battery here, since this doesn’t look like a very bulky device. It also comes with a small suitcase of accessories.